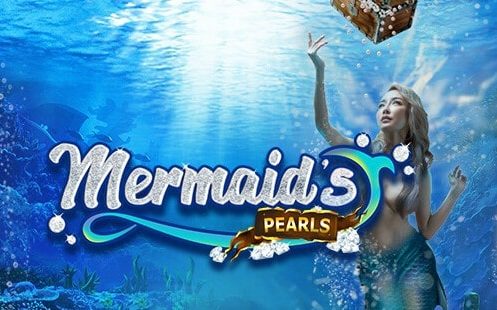 Mermaid’s Pearls is a well-designed magical marine adventure slot game developed by casino gaming powerhouse Real Time Gaming. Being one of the most popular video slot games, Mermaid’s Pearls relies heavily on the serene and cosmic beauty of the ocean.

Unlike other slot games, Mermaid’s Pearls offers players 3125 ways to win, and two guaranteed bonus games. The overall design of the game is quite impressive, while the game’s heroine, Sprite, is the center of attraction. Fanatics of Sprite will definitely have exciting moments playing this slot game.

RTG was keen on using Instagram celebrities, which has been an easier way of attracting a younger demographic. The background is a photorealistic view of a colorful coral reef, deep within the blue seas. An attentive eye won’t fail to spot bubbles here and there, with a dash of light on top of the screen just behind the game’s logo, which gives the game that cool and calm feel. The fascinating mix of marine life and underwater gardens all add to the aesthetics of this game.

How to Play Mermaid’s Pearls

Playing Mermaid’s Pearls is seamless and trouble-free. A classic 5 reel slot game, Mermaid’s Pearls offers players 3125 ways to win. Players can play the game with as little as $0.20 in the all ways pay structure. The game’s volatility is medium, offering players two key benefits. The first is the RTP rating of 97%, which is well above average when compared to other titles. The second is the fixed points on the base of the game.

The jackpot win promises a potential win of 2,500x of the bet amount, which is quite generous. Like other RTG titles, Mermaid’s Pearls is available for free in most of the top-rated casinos.

There are stacks of pearls on each reel. Once the player collects 300 pearls, the Shipwreck Chest bonus will be activated. The mermaid which in this case is Sprite will then float into the view or inside the ship wreckage deep in the sea. Players will then have an opportunity to choose one of the four glowing magic pearls, which will reveal instant wins of 10x the bet.

The Treasure Pearl Feature is triggered at 600 pearls. To boost your prize, players have rewarded a 5x multiplier to the player’s winnings. However, it is important to note that collecting 600 pearls is not an easy task. In addition, although the bonus points are quite enticing, scoring a low win from the feature can be quite frustrating. While the Mermaid’s Pearl’s RTP is quite attractive, it definitely requires more patience and an outstanding bankroll management plan.

With that said, Mermaid’s Pearls is a unique slot game designed with amazing graphics and realistic touch. The underwater scene not only looks natural but also quite realistic, in the process providing some serene and enthralling gaming experiences.