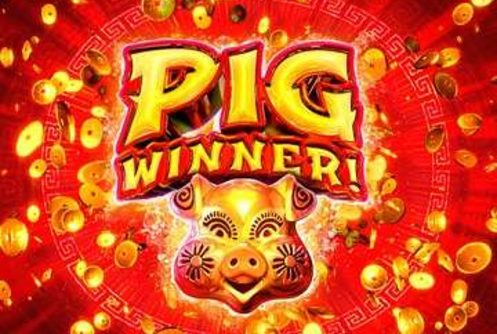 Pig Winner is a slot game that’s going to take us back to the mystical East, which is hardly new in the way of a theme. However, this pig appears to offer you the promise of prosperity and changing your life, so perhaps there’s something in this symbolism that could turn it into a lucky charm?

The game comes with a 5×3 reel setup, which is standard. Also, there are 243 different ways to win, so that’s going to result in you feeling as if you always have a chance to strike it lucky. For the theme, then the reels and backdrop are draped in gold and red, which are traditional colors, and then there are the symbols. In this game, the symbols are linked to the Chinese zodiac, so there are loads of animals appearing on every spin.

How to Play Pig Winner

Playing this game is basically as easy as it can possibly be. You only need to decide on the size of your bet by clicking on the plus and minus buttons to change the value. Remember that you have 243 ways to win, and that number cannot be changed. Basically, the value you set with the bet option is the total cost per spin. Once ready, hit the spin button to set those reels in motion.

It’s no surprise to discover that the pig symbol acts as the wild symbol in this game and it brings with it a multiplier of 2x your stake. Also, he’s going to swap himself in for other symbols across the reels, so your ability to win on some paylines will be increased.

However, you want to focus on landing the yin/yang symbol as that’s going to trigger the free spins mode. Land it on the reels and you stand to win up to 8 free spins, but this can be retriggered if you land another 3 during these spins. Also, it has a 3x multiplier attached as well.

The bet limits are lower than you may be used to for a slot game. They start as low as $0.30 per spin and go up to a maximum of $7.50. This may put off some people, but it has a medium volatility level and a 96% RTP, so the chances of landing some wins is higher than you may experience elsewhere. The top payout is going to be 500x your bet, but other symbols do tend to come in significantly lower than other games.

Overall, Pig Winner is a tough slot game simply because of the lower payouts that are on offer. Yes, you stand a better chance of landing various wins thanks to the RTP and volatility, but this is the kind of game that’s aimed more at those that prefer to place lower bets rather than taking chances. Also, the theme is hardly the most unique, but don’t let that put you off giving it a shot. In general, if you like basic slots with not much on offer, then this does at least fit the bill.