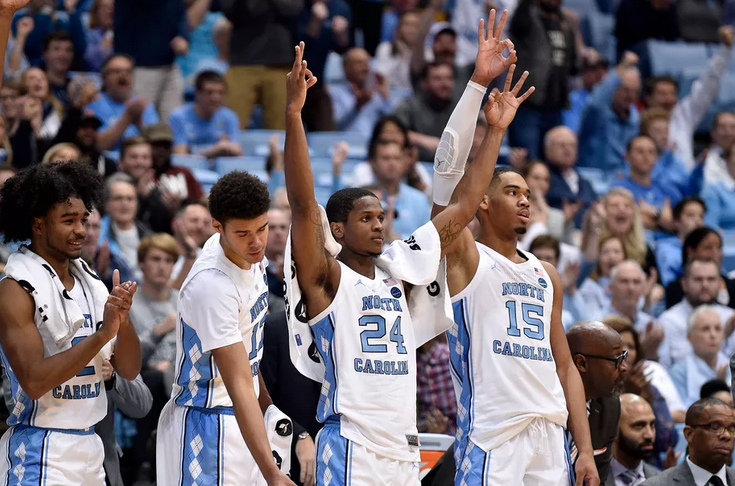 North Carolina finished the regular season in a first-place tie with Virginia, but come into this tournament as the number two seed. The Tar Heels finished the regular season with a 16-2 conference record, and have won seven straight games. Louisville lost four of their last five regular-season games to slip to just 10-8 in ACC play after a strong start. The Cardinals had little trouble dispatching the Notre Dame Fighting Irish in a play-in type game on Wednesday night. North Carolina is a 7.0 point favorite over Louisville in this game.

Louisville Will Try to Slow This Game Down

If the Louisville Cardinals are going to have any chance of winning this game and moving on, they are going to have to find a way to slow down the Tar Heels. Louisville doesn’t mind playing an uptempo style on occasion, but that can be a deadly proposition against North Carolina. The Cardinals have allowed just over 67 points per game during the regular season, and they have plenty of size and length to throw at the Tar Heels. Louisville gave up an average of 70 points per game to North Carolina during the regular season and will need this kind of effort again to keep this one close.

The ACC’s Most Improved Player, Jordan Nwora, got off to a hot start in conference tournament play. Nwora poured in 24 points and grabbed nine rebounds to get the Cardinals past Notre Dame on Wednesday night. The forward leads Louisville with 17.5 points and 7.7 rebounds per game this season and will need to have a huge game on Thursday night. The Cardinals don’t have another great scoring option, but the shooting of Ryan McMahon could be huge in this game. Louisville knows they will have to score as well to stay in it against UNC.

You probably heard all season long about how Duke has the most talent in the ACC, but people are drastically overlooking the North Carolina Tar Heels. Head coach Roy Williams has a ton of weapons at his disposal, and the Tar Heels are averaging close to 87 points per game this season. The Tar Heels can be deadly from the three-point line and are shooting better than 37 percent from deep as a team. North Carolina does give up an average of 73 points per night, but they play so fast that this number is a bit skewed. The Tar Heels are on a roll, and they are showing no signs of slowing down.

North Carolina is led by a trio of Cameron Johnson, Luke Maye, and Coby White. These three players have combined for close to 48 points per night for the Tar Heels, and are all capable of carrying the team on any given night. Johnson leads the team in scoring at 16.8 points per game and is making over 47 percent of his three-point attempts. Maye is a double-double machine, and White sets the tone at the point guard position with 16.3 points and 4.1 assists per night. If the Tar Heels are making shots, they are next to impossible to beat.

Even though Louisville already proved that they can beat North Carolina this season, things have changed since that first meeting. The Cardinals are extremely talented, but the Tar Heels have taken their game to another level. This game will be close for a while, but the talent of North Carolina will prevail in the end. Bet the North Carolina Tar Heels -7.0 over the Louisville Cardinals.