The tennis world is buzzing because the 2022 Australian Open is just over a month away. However, the annual event could be without one of the sport’s biggest stars: defending champion Novak Djokovic.

Djokovic, 34, could potentially miss the tournament because of Australia’s COVID-19 protocol, according to his father Srdjan Djokovic. In an interview on Serbian television, Srdjan spoke about how Novak “probably” won’t play in Australia next month because he won’t be “blackmailed” into getting vaccinated.

“As far as vaccines and non-vaccines are concerned, it is the personal right of each of us whether we will be vaccinated or not,” Srdjan said. “Everyone has the right to decide on their health.”

The 2022 Australian Open will take place from Jan. 17 to Jan. 30 at Melbourne Park. All players and staff must be fully vaccinated if they wish to take part in the event. Meanwhile, Novak has refused to share his vaccination status, according to BBC.

Australian Open chief Craig Tiley spoke about Novak’s status last week, saying that he won’t get any special treatment and that all players must be vaccinated at least seven days before the tournament.

Djokovic had a 2021 tennis season to remember, winning the Australian and French Open, as well as Wimbledon. He almost completed the Grand Slam at the US Open, however, he ended up losing in three sets to Daniil Medvedev in the finals.

Even though Srdjan seems pretty confident that his son won’t participate in the Australian Open, there’s no guarantee about that. After all, Novak could consider getting vaccinated ahead of the even if he opts to change his mind.

With that being said, the younger Djokovic is still Bovada’s favorite to win the annual event. Much like they were back in September, Novak’s odds currently sit at +125.

His odds shouldn’t be too surprising considering that nobody has dominated the Australian Open quite like him. Djokovic has won the tournament nine times since 2008, including each of the last three. He’s the first player to accomplish a streak like that since Roy Emerson won it five times in a row from 1963 to 1967, back when it was called the “Australasian Championships.”

If Djokovic decides to skip the 2022 Australian Open, Daniil Medvedev would likely become the odds-on favorite to win. The 25-year-old Russian won four titles in 2021, with the biggest obviously being the US Open — his first-career Grand Slam tournament victory.

Medvedev has had some recent success at the Australian Open as well, making it to the fourth round in each of the last three years. That includes facing Djokovic in the finals at the 2021 edition of the event, losing in three rounds.

Alexander Zverev could also be in the running to be named tournament favorite. He’s currently listed at +400 odds to win, ranking him third among the field. While he hasn’t won the event yet either, he did make it to the semi- and quarter-finals in each of the last two years. And while he’s yet to win a Grand Slam event, Zverev did win six titles in 2021, which is impressive in its own right.

The complete list of Australian Open odds can be found at Bovada.lv. 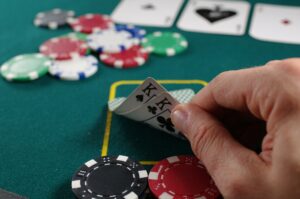 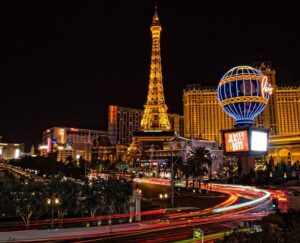 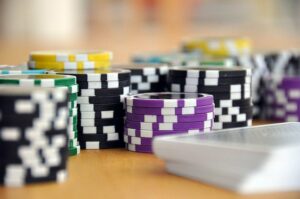