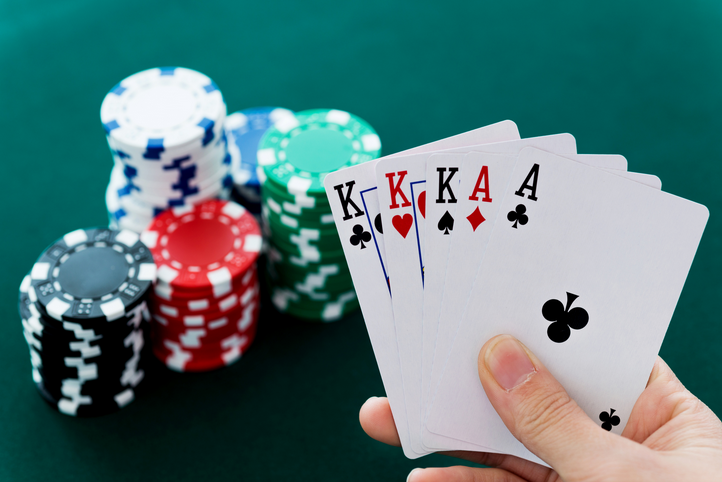 The Bicycle Casino hosted a tournament called Mega Millions XX that drew a total of $7,500 entries, which created an amazing prize pool of $1,457,635. Players were also allowed to buy in during the second day as well, and Tuan Mai eventually managed to outlast all other competitors, winning the tournament and earning a total of $199,000 along the way.

Before winning the Mega Millions XX event, Mai already had more than $575K in poker earnings. The best cash prize in his career was $84,057 which he managed to win after topping the 2017 Planet Hollywood Goliath Wat-Up $1,500 Main Event. 2017 was a pretty good year for Mai who also managed to end up on the eighth place in the Ante Up World Championship Main Even where he took home a total sum of $59,926. His third most important live cash was earned in the World Poker Tour Bay 101 Shooting Star where he ended up on the 14th place and won $42,610.

Mai managed to have more than half of chips that were in play at one point which was a good starting point for him to gather more confidence and finish the tournament in first place. Although he managed to get to the heads-up play pretty easily, Cody Bell proposed to make that the two players negotiate a heads-up deal, with Cody Bell winning $174,615.

Mai was eager to talk about his victory, stating that the whole thing felt really great for him. He added that he was not even supposed to play in the tournament, but that he managed to win it after all.

Mai explained that he had been on his way to Vegas as he had been returning from $1,700 Bally Main Event. He told his girlfriend that Mega Millions was probably going to have a better prize pool than the tournament he had played before that, and so he decided to join it. In fact, Mai added that he hadn’t been prepared for the event at all as he hadn’t had enough money on him to buy his way into the tournament. He had to borrow $300 from his friend, and then remembered that he hadn’t brought enough clothes, wearing the same ones for three days straight. One would dare say that this could be his lucky charm!

The final table of the tournament consisted of nine players, and Sanjay Mayekar was the first one to hit the rail for $18,400. He was followed by Hung Le in eighth place and Adam Weinraub in seventh. Le managed to win $24,170, while Weinraub took home a total of $30,865.

Mohsin Charania hit the rail in sixth place, winning $39,245m while Phong “Turbo” Nguyen ended up fifth for $50,405. The fourth place was reserved for Sean Jazaeri, and Mel Weiner was the first to go out during the three-handed play. Jazaery won $66,190, and Weiner $87,050.

As soon as the heads-up play began, Cody Bell and Tuan Mai negotiated a deal and continued playing the card game. Mai did not lose his lead even once during this part and eventually managed to win the first prize.

Some of the players that also took part in this tournament and managed to cash it out, but were not lucky enough to make it to the final table are Brandon Zuidema, Harry Arabian, and Sam Weiss.