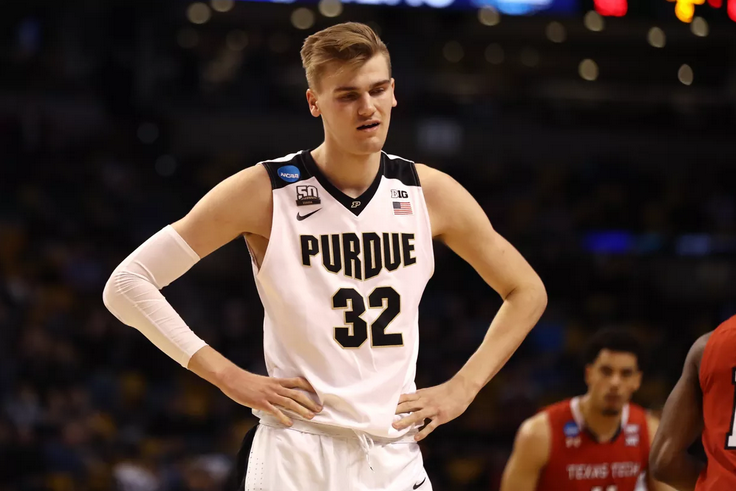 The third quarterfinal game in the Big Ten Tournament is set, and the Purdue Boilermakers will take on the Minnesota Golden Gophers. This will be the first game for Purdue in this tournament as they earned a double-bye, while Minnesota outlasted Penn State in a thriller on Thursday night. Purdue comes into this tournament as the number two seed, and Minnesota is the seventh overall seed. Both Purdue and Minnesota are virtual locks for the NCAA Tournament.

The Boilermakers had a rough start to their Big Ten Conference season, but they come into this game with a ton of momentum. Purdue won six of their last seven games to finish with a 16-4 record in conference games and shared the Big Ten regular-season title. Minnesota went just 2-3 down the stretch in the regular season and finished the conference slate with a record of 9-11. The Golden Gophers beat Penn State, 77-72, in an overtime thriller to advance to this round. These two teams split their two games during the regular season. Purdue is a 6.5 point favorite over Minnesota on Friday night.

Edwards Does it All for Purdue

All-American candidate Carsen Edwards is the clear leader of the Purdue team, and he does almost all of the heavy lifting for the Boilermakers. Edwards is averaging 23.4 points per game and is almost automatic when he goes to the free throw line. You can expect Minnesota to do all they can to try to limit the opportunities for Edwards, but he is hard to stop. Purdue comes into this game averaging over 76 points per game, but a lot of pressure will be on Edwards to deliver on Friday night.

Even if the Boilermakers are having trouble scoring the ball, they can usually rely on their defense to bail them out. Purdue is allowing just over 66 points per game this season, and have played well against Minnesota. 7’0 center Matt Haarms is the anchor of the Purdue defense and leads the team with 2.1 blocks per night. Minnesota is a team that loves to attack the rim, but they are going to have to find a way to go around Haarms in this one.

Most people think that the Golden Gophers are securely in the field of 68, but Minnesota could increase their odds with another win over Purdue on Friday night. Minnesota has already shown the ability to beat the Boilermakers, but they might be worn out from their overtime win on Thursday night. The Golden Gophers are averaging 71.2 points per game this season while allowing 68.7 points per night. Minnesota is a veteran team that has been through this before, and they will be ready for this quarterfinal game.

Amir Coffey and Jordan Murphy are the two offensive stars for the Golden Gophers, but Minnesota has plenty of depth. Coffey leads the team with 16.0 points and 3.2 assists per game and is the best shot maker on the team. Murphy is a double-double machine that is averaging 14.5 points and 11.7 rebounds per game. Purdue will look to take these two weapons away, and Daniel Oturu and Gabe Kalscheur will need to step up. The Golden Gophers are hard to stop when they have momentum, so getting off to a good start will be key.

The Big Ten Conference Tournament has been extremely competitive so far this weekend, and that won’t change in the quarterfinal round. Minnesota will have some momentum coming into this game, but Purdue will be more well-rested. Look for the Boilermakers to use their defense to frustrate Minnesota and earn their way into the semifinals. Bet Purdue -6.5 over Minnesota on Friday night.