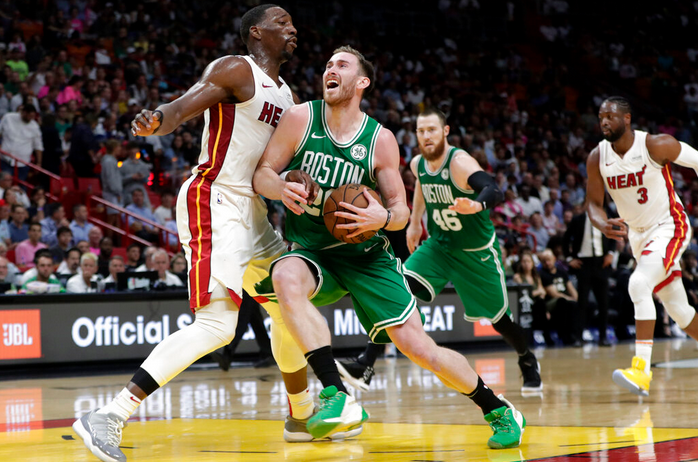 The Boston Celtics and Indiana Pacers have been battling for playoff positioning all season long, and they will get the opportunity to settle it on the floor on Friday night. Both Boston and Indiana come into this game with a record of 47-32, and they are tied for the 4th seed in the Eastern Conference. Getting the 4th seed has a great significance because it also comes with home-court advantage in the first round of the NBA Playoffs. Don’t be surprised if this is one of the most intense games of the entire regular season.

Both the Celtics and Pacers were struggling just a few weeks ago, but the two teams appear to have figured things out of late. The Pacers were able to snap a three-game losing streak on Monday, and have rattled off two straight wins since that time. Indiana is going to finish more than 10 games behind of the Milwaukee Bucks in the Central Division. Boston lost four straight games just a while back, but they have responded by winning four of their last five games. The Celtics are in third place in the Atlantic Division. Boston is a -1.5 point favorite in this game.

Veterans Stepping Up For Celtics

Last year was all about the young Celtics’ phenoms, but that hasn’t been the case down the stretch this season. Veterans Al Horford, Kyrie Irving, and Gordon Hayward have been playing great of late, and are carrying the Boston offense. Irving leads the team with 23.9 points and 7.0 assists per game and takes all of the clutch shots for the Celtics. Horford is just a proven winner that has chipped in with 13.6 points and 6.8 rebounds this season. Gordon Hayward is still not back to 100 percent, but he poured in 25 points in the Celtics recent win over the Miami Heat. These players will be key for Boston in this game.

Boston was one of the top-scoring teams in the NBA a season ago, but are averaging just 112.3 points per game this season. The Celtics are still getting the job done on the defensive end of the floor, giving up just 108.0 points per night. Off-court issues have plagued the Celtics for much of the season, but this is still a team full of talent.

The Indiana Pacers are one of the most boring teams to watch in the NBA, but they are also extremely successful. The Pacers have been without a true star ever since Victor Oladipo went down with an injury, but that hasn’t kept them from winning games. Indiana is the top defensive team in the league and allows just 104.1 points per night. Center Myles Turner leads the NBA with 2.7 blocks per game, but this is a total team effort on that side of the floor.

Even though the Pacers are known for their defense, they still have the ability to put up points on the other end of the floor. Indiana is averaging 108.0 points per game, and they will need to score points to keep up with the Boston Celtics. Bojan Bogdanovic leads the team with 18.2 points per game this season but has been struggling to make shots of late. Forward Domantas Sabonis has turned himself into a nice weapon off the bench, chipping in with 14 points per night. The Pacers might lack an All-Star, but they get the job done as a team.

This season has not gone as planned for the Celtics, but that doesn’t mean that they can’t still win the Eastern Conference. Boston knows that homecourt advantage is essential in the first round, and they will be locked in on Friday night. The Pacers will be tough to beat at home, but Boston will get it done. Bet the Boston Celtics -1.5 over the Indiana Pacers in this game.