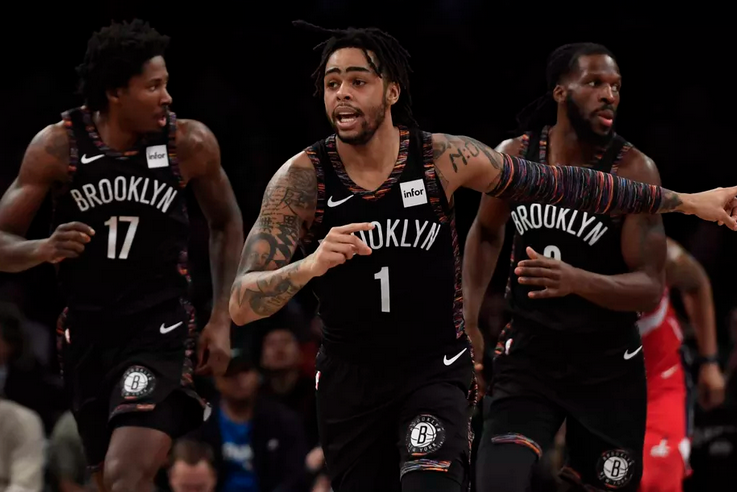 The Oklahoma City Thunder were expected to be a playoff team in 2018-19, but the Brooklyn Nets were not. The Thunder and Nets will square off on Wednesday night with both teams squarely in the playoff field in their respective conferences. Brooklyn is led by a bunch of young, up and coming players, while the Oklahoma City Thunder are led by a pair of veteran All-Stars. Oklahoma City beat Brooklyn by a score of 114-112 earlier this season, and are looking for the season sweep over the young Nets.

Oklahoma City has been slumping a bit of late, winning just three of their previous nine games. The Thunder have been tough to beat at home, and still have an overall record of 41-26. Oklahoma City is just three games behind Denver in the division, and are holding on to the fourth seed in the Western Conference. Brooklyn has played their way up to the sixth seed in the Eastern Conference with a record of 36-33. The Nets have some momentum coming into this game, winning their last four games. Oklahoma City is -7.5 over Brooklyn in this game.

The Thunder certainly don’t lack star power, being led by All-Stars Paul George and Russell Westbrook. Westbrook has been the leader of this franchise for the last few seasons, but George is arguably having the better year in 2018-19. The former Indiana Pacers star is leading the team with 28.2 points per game. Of course, Westbrook is still averaging another triple-double with 23.1 points, 11.1 rebounds, and 10.5 assists per game. The Thunder will be a tough team to deal with in the playoffs thanks to these two stars.

The Brooklyn Nets might not have the proven veterans that Oklahoma City has, but they have a ton of young talent on their roster. Starting point guard D’Angelo Russell is leading the team with 20.3 points and 6.8 assists per game this season, and veteran Spencer Dinwiddie provides a huge spark off the bench. Dinwiddie is pouring in 17.4 points per night and will be going head to head with Schroeder in this game. If the Nets are going to get this big win in Oklahoma City, it will likely be due to the play of their point guards.

If you look at the season stats for the Brooklyn Nets, it is hard to figure out how they are a playoff team. The Nets score and allow 111.8 points per game this season, and both of these numbers are below league average. Young players like Caris LeVert and Joe Harris have found ways to make big plays and clutch shots to help the Nets win close games all season long.

The Nets might be coming into this game with a ton of momentum, but this is a tough matchup for any team. Oklahoma City has established themselves as one of the top teams in the league, and they are tough to beat at home. Look for this to be a wildly entertaining game, but the Thunder just have too many weapons. Bet the Oklahoma City Thunder -7.5 over the Brooklyn Nets.