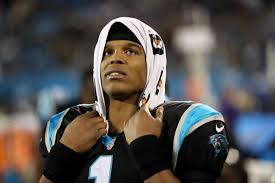 The Panthers are coming off a disappointing 7-9 season where they had ups and downs, eventually losing hope after losing starting quarterback Cam Newton. Cam looks to be ready to go to start this season and should be excited to get into the backfield with his star running back Christian McCaffery.

The Panthers defense is led again this year middle linebacker Luke Kuechly. The veteran has been the face of the defense for several years and is a quarterback on that side of the ball. It will be interesting to see what young players can step up on defense and make a name for themselves during the preseason.

The offense is going to be led by Cam and McCaffery again this season, but the guy to watch in preseason, especially with the injury to their QB last season, is their rookie QB Will Grier. Grier was selected in the third round in the 2019 NFL draft; he was at one point the top QB in this draft class until he fell behind some stars from last year.

The Patriots are coming off yet another Super Bowl victory, this time over the Los Angeles Rams. While Tom Brady is getting older, he continues to get it done without star wide receivers. The Patriots did a good job of solidifying their defense at the end of last year in the playoffs, playing well against the two best offenses in the league to close out the season.

As I said, Tom Brady is getting older, but I’m smart enough to not bet against him. He will most likely get it done again this season. The guy to look out for in the preseason is their rookie QB as well, Jarrett Stidham. Out of Auburn, Stidham was selected by the Patriots in the 4th round of the 2019 NFL draft.

Anytime the Patriots take a guy in the draft its easy to think they may know something that no one else does. It will be interesting to see what he can do in the New England system where so many other QBs have been successful. He will either one day take over for Tom Brady or get his chance to show what he can do in preseason to go elsewhere and lock in a bigger contract the way Jimmy Garoppolo did with the 49ers.

The defense finished strong at the end of the season for the Patriots, look for them to put in a game plan early this preseason to get them rolling earlier in the season this year. While Tom Brady is still great at QB, his numbers dropped off for his standard last year so the defense will need to continue to step up and hold up their end.

I believe this game will be a battle of the rookie QBs and simply put, I think the Patriots have the better QB in Stidham and a better coach that will lead them to a victory.