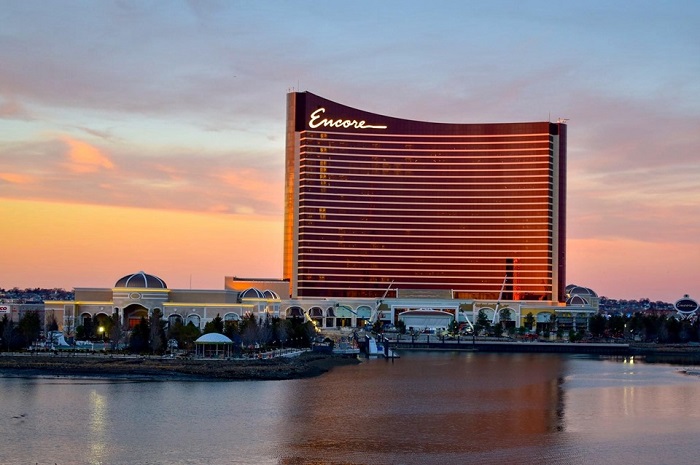 One of the perks of casino gaming is having a nice cocktail while you play your game. For anyone who has been to a casino, you sit down to play and then order your drink. Over the next few hours, you might be served quickly or it might take some time to get your next drink. At the Encore Boston Harbor Casino in Massachusetts, customers are reportedly not happy with the time it takes to get a drink so the venue is close to adding new self-service bar towers. Servers can fill their orders quicker than before so customers are not waiting a long time for their drink.

This past week, a set of amendments were approved by gaming regulators that involve alcohol licensing. These amendments will make it possible for the Encore to install automated drink machines. According to executive director of food and beverage at the casino, Warren Richards, the speed at which players are given complimentary drinks is too slow.

It can take longer for drinks to be served due to orders backing up at the bar. When you have several servers bringing in several orders, the processing time takes longer. With the new EasyBar self-service towers, the process will be streamlined.  Servers will be able to fill drinks at these stations which will cut back on time in between drinks. The casino has plans to spread the drink machines to four different areas. This way, all servers are not going to one place. They will be more spread out which will help with ensuring drinks can be made in a timely fashion

With the new service, also comes fear of issues. Commissioner Gayle Cameron brought up the issue that players might become more intoxicated if drink service is quicker. According to the casino, the new speed will bring the casino in line with the service plan that was approved before the casino was opened. This policy is that players are not served over three drinks in one hour.

Another issue was the loss of jobs due to bartenders no longer being needed. According to Richards, around 40 bartenders would be removed from their position with the change. However, 30 have already been provided other positions within the company.

Encore Boston Harbor also has other plans in the works. The venue will be changing a high limit gaming salon into a VIP lounge. The new space was approved by the commission and will be for those who are part of the highest tier within the casino’s players’ club.

Players will have to have an invitation or use their card to gain access to this new area. The space will be used for complimentary beverages and provides an outlet away from the gaming floor. Lounge furniture will be provided for relaxing. The space should be able to house around 10 to 15 players at one time.