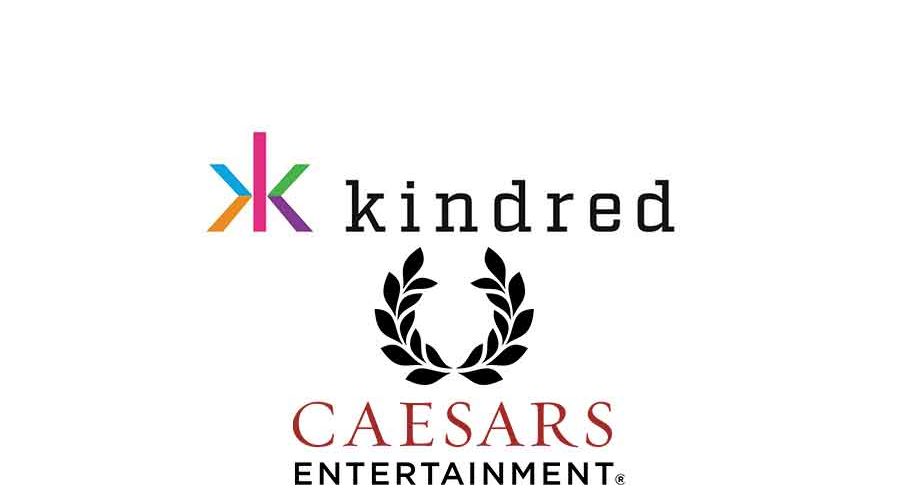 Gambling continues to expand across the United States and getting in on the action are gaming companies based overseas. In the UK and other regions, gambling has been a common activity for decades. Established brands are signing partnerships with casinos and other gaming organizations in the states to get in on the action. Just this week, it was announced that European-based operator the Kindred Group will be expanding in the states via a new partnership with Caesars Entertainment Corp.

Under the terms of the new deal, the Kindred Group will be able to offer sports betting services in the US via Caesars in Iowa and Indiana. There is also potential for the partnership to move into other states in the future. With the deal, Kindred will be able to provide not only sports betting services but also online casino games. Of course, this will be pending laws in the given region as well as licensing approvals.

The agreement allows Kindred to pursue a license in Iowa and Indiana over a ten-year time frame. Both states legalized sports betting online as well as in a retail setting in 2019. In Iowa, the brand will be working with Caesar’s Harrah’s Council Bluffs casino. In Indiana, the brand will be operating via the Horseshoe Hammond Casino.

In both states, Kindred will offer services via their flagship brand, Unibet. The brand already offers services in the United States via New Jersey and Pennsylvania. It was last summer that the European operator gained entry into the states and has continued to push for expansion via new partnerships.

Manuel Stan, the Kindred US SVP, commented on the new partner stating that Caesars ‘geographical spread’ across the United States allows the company to build their footprint. They will begin with Indiana and Iowa, moving on to potentially other states in the future.

For Caesars, they continue to gain approval in other states to offer legalized sports betting services and they look forward to adding the Kindred Group to their list of partners in this sector.

For Kindred, they have also extended a deal with Pala Interactive, allowing them further options in the market. With the expansion, their partnership has grown after successfully launching services in November of last year with Pala.

The extended deal will allow Kindred to benefit from the Online Gaming Platform of Pala, which includes online casino products as well as the Player Account Management System. The platform also includes the integration of marketing technology, integration with Kambi, a sports betting tech provider, and third-party casino gaming content.

The expansion of the Kindred Group in the US via Caesars is just one example as to how companies from Europe are moving to the states to offer services. As the sports betting industry as well as other sectors continue to grow, even more international companies are expected to vie for a spot in offering their own services in the nation.