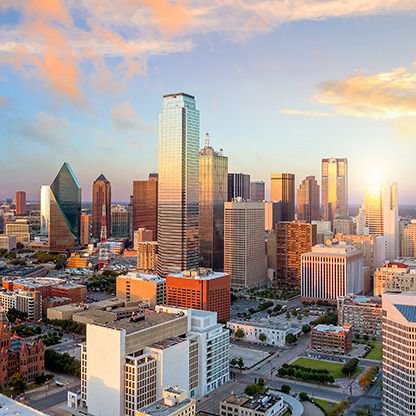 Casino gambling is currently not legalized in the state of Texas. However, if the option becomes available, several major operators are interested in offering services, including Las Vegas Sands. Representatives of the Sands recently stated that the brand would like to operate a casino in Dallas if the option becomes available. The company feels that Dallas is a top location as it has a large tourism and convention industry, plus the city is located near major airports.

Las Vegas Sands is looking ahead to the potential in Texas when it comes to casino gaming. In a recent discussion regarding the state and gambling, Las Vegas Sands senior vice president of government affairs Andy Abboud said that the company will look at the entire market of Texas. However, the company is focused on Dallas as it is where the ‘greatest bleed of money is going to the border of Oklahoma.

Seeing gambling legalized in Texas is a tall order. Abboud said that his team is hopeful that it will eventually pass. The brand would like to build resorts in several metro areas. Sands is hoping their plans will come to life, however, lawmakers may stand in the way.

Lt. Governor Dan Patrick recently commented that the state Senate is not interested in legalizing gambling in the state. Apparently, there is not enough support to push legislation through. Abboud remains optimistic though and feels that the Sands will make a strong case on the contrary.

For Texas, it is one of the strictest states when it comes to anti-gambling laws in the United States. The constitution of the state bans most gaming activity. In general, the state only allows for lottery games, bingo, greyhound, and horse racing.

For gambling to be legalized in the state, it would require two bills. One would need to change the constitution. Such a bill would need approval from the House and Senate with a two-thirds majority. The second measure would need to provide information on regulation of the industry and licensing.

The bill to change the constitution would need to be approved by voters in the state. Abboud thinks that voters will approve a measure because they want access to casino games. The Sands also has plans to create its own legislation for consideration.

They want to overturn the current ban regarding casino gambling and create a framework so that the industry will be fully regulated. The Sands would like to see the minimum investment from operators be as high as a few billion dollars.

Abboud stated further that the legislation would allow the Indian tribes that are federally recognized in the state to offer full-scale casino gambling. Right now, there is one casino in the state, but only limited gaming is offered.

Right now, Sands has yet to introduce any legislation. It will be interesting to see what they come up with and how well it is received. Will the state be able push an effort through so that casino gambling becomes a reality? Only time will tell.