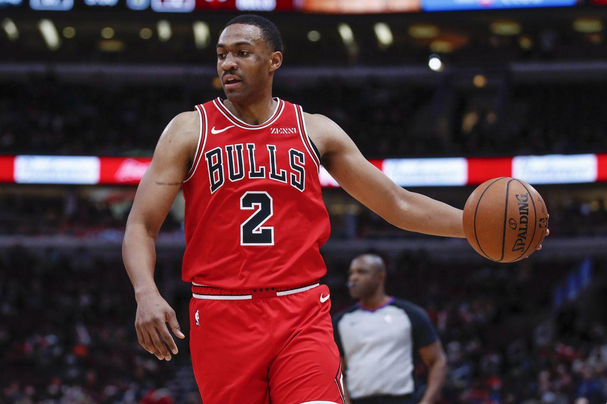 Two of the most storied NBA franchises in the last 30 years will meet up for a meaningless game in the Windy City on Tuesday night. The young Chicago Bulls will play host to LeBron James and his cast of characters for this clash. Chicago has actually started to play much better of late, while everything seems to be going wrong for the Los Angeles Lakers. Both the Bulls and Lakers are going to miss the playoffs this season, but this has the potential to be a very competitive game.

The Bulls have lost four of their last five games, but they have been much improved in the second half of the season. Chicago comes into this game with a record of 19-49, and they have a shot at landing the top pick in the 2019 NBA Draft. The Lakers looked like a playoff contender through Christmas, but just about everything has gone wrong for them since the start of the new year. Los Angeles has lost five straight games, and their record has fallen to just 30-36. The Lakers are -1.0 over the Bulls on Tuesday night.

LeBron James will likely be on the court for the Lakers in this game, but he won’t play a ton of minutes. The Lakers are limiting his time on the court in hopes to have him fresh and ready to go next season. King James has had another strong season for the Lakers, leading the team with 27.1 points, 8.6 rebounds, and 8.1 assists per night. LeBron has had some memorable moments against the Chicago Bulls in his career, but he will likely spend much of this game watching from the sidelines.

Injuries have plagued the Lakers all season long, and they come into this game extremely shorthanded. Point guard Lonzo Ball and power forward Brandon Ingram have both been shut down for the remainder of the season, and the Lakers are running out of healthy options. The Lakers are scoring 112.0 points per game this season, but they are giving up 114.0 on the defensive end. Expect these numbers to get much worse over the final month of the regular season. The Lakers can’t wait for this trainwreck of a season to end.

The Chicago Bulls are in the middle of a long rebuild, but they look like they are about ready to turn the corner. Point guard Zach LaVine and forward Lauri Markkanen are both having great seasons and will be the building blocks of the team moving forward. LaVine leads the team with 23.8 points per game, and Markkanen has chipped in with 19.2 points and 9.2 rebounds per night. The Bulls are still in need of some more talent, but having young stars like LaVine and Markkanen is a good place to start.

Chicago fired head coach Fred Hoiberg earlier in the season, and their offense has been a mess under new coach Jim Boylen. The Bulls are averaging just 105.0 points per game this season, which is the third-worst mark in the league. Chicago has been improving on defense, but are still giving up 112.7 points per night. The Bulls are also dealing with a ton of injuries at this point of the season.

This should be a great chance for the Lakers to snap their five-game losing streak, but Los Angeles isn’t real interested at the moment. LeBron James has given up on the season, and the Lakers are comfortable with him on the bench. Even though it benefits the Bulls to lose, they have been winning some games of late. Look for Chicago to pick up a home win on Tuesday night. Bet the Chicago Bulls +1.0 in this matchup over the Los Angeles Lakers.