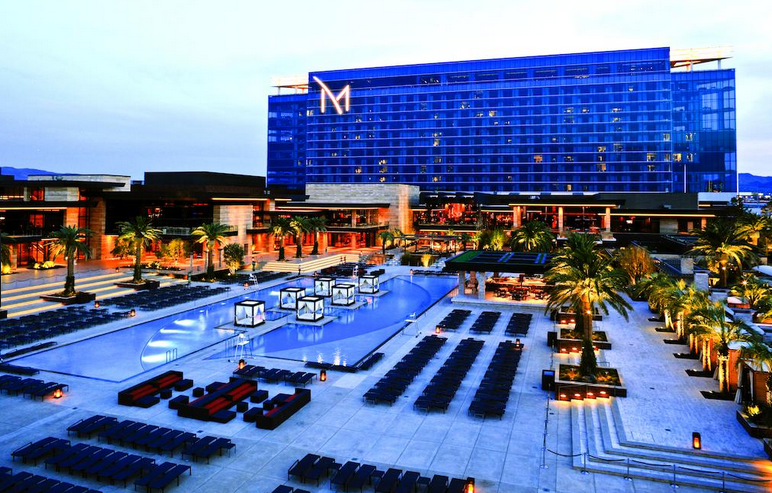 The Las Vegas Strip can get pretty crowded, especially during the peak of the season. Thousands of tourists go down to Sin City in order to enjoy the best entertainment in the world offered by some of the leading resorts in that area. However, people who live in Las Vegas usually tend to avoid the Strip as they seek some peace and quiet from time to time.

This type of people usually visits at M Resorts, which is a resort that they, as well as regional visitors from Southern California, simply love to visit. M Resorts in Henderson is a great alternative to the resorts in the Strip, and it has been doing a pretty good job for 10 years. In fact, they have recently celebrated their 10th anniversary.

Hussain Mahrous is the General Manager of M Resorts, and he stated that they had been paying attention to locals and them doing more things at the resort. He added that he was starting his fourth year as a manager in the resort and that he hadn’t had a desire to visit the Strip yet, blaming it all on the prices, the traffic, and the overall crowd in that area. As a matter of fact, Mahrous said that it was a good idea to be off-Strip. The hidden treasure that M Resorts stands for is known only to locals, as it offers a great view north of the Strip, which is something that resorts in that area will never be able to afford.

The resort has been looking to extend their entertainment offerings lately, and the officials have huge plans for the future. RIt recently hosted popular singer Kesha, and the legendary country star Gary Allan will perform on May 4 at the poolside of this resort, with 5,000 people expected to turn up for his show. However, these are not the only shows that the resort officials have in mind.

Mahrous said that once upon a time Fridays and Saturdays did not include any type of live entertainment in M Resort. However, that changed as there are live acts every Friday and Saturday at the Hostile Grape which is the wine cellar and at the central casino bar.

Michael Credico is the Vice President of Food and Beverage Operations for M Resorts, and he said that a lot of people had to drive a bit further in order to reach the resort. This is the main reason why they do things differently than their competitors at the Strip. Credico stated that their wine cellar really made the difference as visitors had an opportunity to enjoy listening to acoustic live sets and try more than 160 wines. Furthermore, the resort includes a Topgolf swing suite where you can play virtual games and even put your golf swing to a test.

The property was designed by Anthony Marnell III and it is owned by Gaming and Leisure Properties Inc at the moment, which is a real estate investment trust based in Pennsylvania.

M Resort is not the only off-Strip casino as it also has some competitors which target the same group of visitors. According to Mahrous, the main competitors at the moment are Green Valley Ranch Resort which is also located in Henderson. Furthermore, he included Silverton and South Point to that list. He added that the competition among these resorts is a fun and healthy one that helped all sides thrive.

To sum up, M Resorts and its competitors located off-Strip can provide a great alternative for all Vegas visitors who are looking for a more casual type of fun.