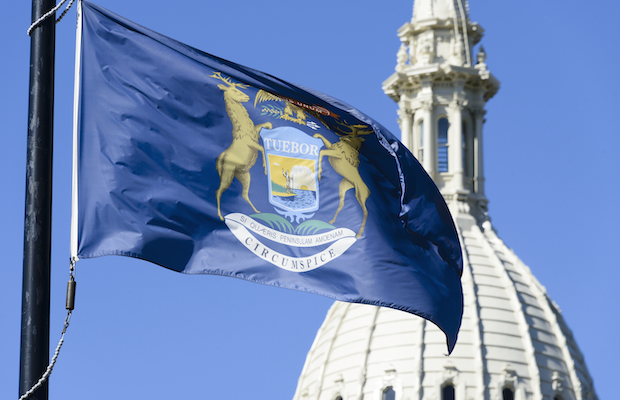 Michigan Online Gambling Legislation Could Be Approved This Week

Online gaming and sports betting proponents may get good news this week in Michigan as the state is expected to pass legislation at any time. Senator Curtis Hertel Jr. stated that stakeholder and lawmakers have reached an accord, with changes made to ensure that Governor Gretchen Whitmer will approve the measures. More voting is to take place this week and according to the Senator, approval is expected.

Lawmakers and the gaming industry stakeholders were able to come to an agreement on the tax increase issue, with changes made to ensure the governor will be on board. Substitutes were made to the measure with Senate changes voted out of the Senate Regulatory Reform Committee early yesterday.

The bill will now be heard by the full Senate today. Hertel expects that the package will be approved and then concurrence will be provided by the House later in the day. The state Legislature is hopeful that they can adjourn their session by the end of today.

A spokesperson for Governor Whitmer, Tiffany Brown, confirmed that the governor is on board with the changes. She is apparently pleased with the progress made within the past year regarding gaming and the solution is a good one, made possible by working together on a complex issue.

This should be good news to Representative Brandt Iden’s ears as he has been fighting to see online gambling come to fruition in the state for quite some time. He started last year working on this only to be shot down in the final round via the former governor. Legislation made it to the desk of Rick Snyder only to be shot down at the last minute.

Iden then had to try and get the new governor on board and was not having any luck. Thankfully, the right moves were made and this time around, the state should be able to see legislation approved.

The 23 tribal casinos of the state along with Detroit’s three commercial casinos have agreed to a tax rate that is structured to see online gambling legalized. The tax structure is based on revenue earnings. Facilities that earn less than $4 million will pay 20%. From $4 million to $8 million in revenues will have a 22% tax rate.

The main sticking point behind the governor not approving of the online gambling and sports betting legislation was the tax rate. Governor Whitmer wanted to ensure that the School Aid Fund was protected. With the launch of new gaming service, the governor felt there was a potential threat that would harm the amount of money placed in the fund.

Lawmakers worked hard to ensure the new tax rate structure was pleasing to the governor as well as stakeholders. With everyone now on board, it seems that the state might finally approve both industries. While the tax rate is somewhat high, it is much lower than the governor’s suggested 40%.

Along with the School Aid Fund concerns, the administration also wanted to see funds distributed to the First Responder Presumed Coverage Fund. Lawmakers agreed to provide $2 million a year from the tax revenues, to help this fund that provides money to firefighters facing cancer treatments.

We shall see in the coming days what occurs in the Senate and House, as well as what the Governor decide if the bill makes its way to her desk.