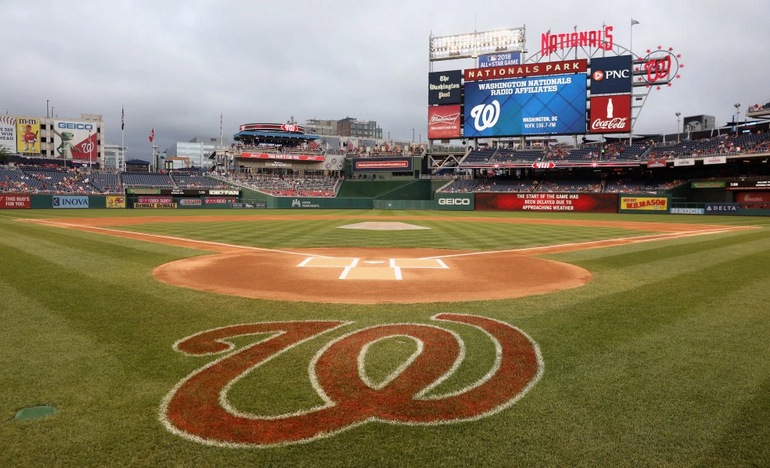 National League East rivals will kick off the 2019 regular season with a game in our Nation’s capital. The New York Mets and Washington Nationals have been the class of the division for the last decade, but they both fell short of the Atlanta Braves a season ago. A new season brings new goals and new expectations, and both the Mets and Nationals expect to compete this season. They will kick off the season with a Cy Young Award winner on the mind for each team.

Washington Nationals starter Max Scherzer is one of the most dominating pitchers this century, and he seems to keep getting better. New York Mets pitcher Jacob DeGrom put together a spectacular season in 2018, and Mets rewarded him with this opening day start. Pitchers usually dominant offenses in the early part of the season, and that should definitely be the case in this game. If you are a fan of pitching, then this is the game for you. The Washington Nationals are -143 over the New York Mets in this game.

Nationals Offense Will Be Fine

Many people expect that the Washington Nationals offense will be down this year without Bryce Harper, but they still have plenty of talent on the roster. Sure, the Nationals will miss Harper in the middle of their lineup, but they have some young prospects who can really hit. Young outfielder Juan Soto burst onto the scene a year ago, blasting 22 home runs and driving in 70 runs. Shortstop Trea Turner is one of the best leadoff hitters in the league and should set the table for an above average offensive team. Sleep on the Nationals if you want, but they will be fine.

Washington also has the luxury of putting one of the best pitchers in baseball on the mound in this game. Max Scherzer saw his Cy Young streak come to an end a season ago, but he still had a terrific season. The hard-throwing right hander struck out 300 batters and threw over 220 innings while posting a 2.53 earned run average. The Nationals don’t really have a bullpen to speak of, but it usually doesn’t matter with Scherzer on the mound.

New York Mets ace Jacob DeGrom has been solid his entire professional career, but he took his game to another level in 2018. DeGrom posted a 1.70 earned run average a season ago but won just 10 games due to a lack of run support. The Mets know that he is the face of their franchise going forward and rewarded him with a monster contract extension this week. If DeGrom is even close to the same pitcher he was a season ago, then a repeat Cy Young Award victory might be in the cards. The young righty just hopes that his teammates get him some runs.

The Mets weren’t a very good offensive team last summer, but they hope that the return of Robinson Cano will help. Cano is a career .304 hitter and has blasted 311 home runs during his career. New York just hit 170 home runs as a team a season ago, and they hope to hit for more power this season. Yoenis Cespedes is expected to return at some point in 2019, but won’t be ready for a long time.

Washington Gets Past DeGrom, Mets

The New York Mets will need to get some consistent offense if they are going to make another run at the NL East title. The Mets have plenty of pitching, but scoring runs is an important aspect as well. Washington should be one of the surprise teams in the National League this season, and they can still win games without Harper. Bet the Washington Nationals -143 to find just enough offense to squeak by the New York Mets.