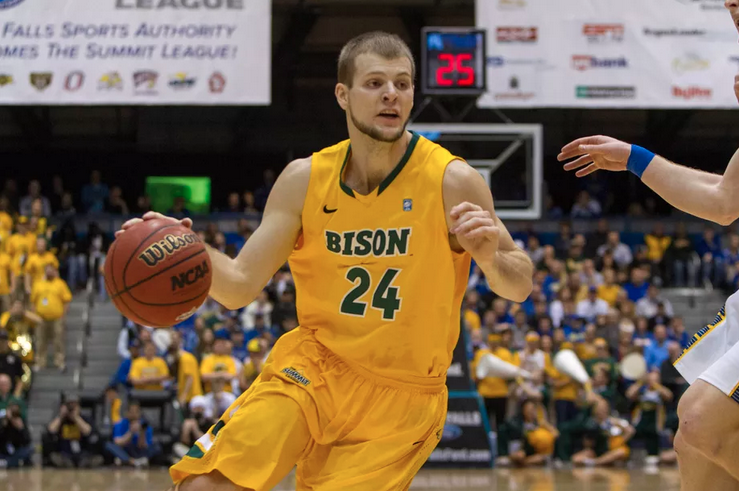 A pair of 16 seeds will square off in a First Four game on Wednesday night. The North Carolina Central Eagles will take on the North Dakota State Bison in what should be a terrific game. Both teams punched their ticket to the NCAA Tournament by winning their conference tournament, and each team has plenty of momentum. The winner of this game will move on to play the Duke Blue Devils in a first-round matchup in Columbia, South Carolina.

Eagles Have Plenty of Size

Most college basketball teams are built on solid guard play, but the North Carolina Central Eagles are a little bit different. The Eagles have a dynamic duo in the paint that should cause North Dakota State some issues in this game. Center Raasean Davis leads the team with 14.6 points and 8.9 rebounds per game and has been a monster of late. Forward Jibri Blount has chipped in with 10.5 points and 4.5 rebounds per game. Look for the Eagles to pound the ball inside in this game.

Shooting has been an issue for the Eagles for most of the season, and the team shoots just 31 percent from the three-point line. North Carolina Central doesn’t shoot a ton of three-point shots, but they will have to make some to keep this game close. The Eagles can defend, allowing just over 66 points per game.

Bison Have Plenty of Shooters

North Dakota State doesn’t have the size to contend with the Eagles, but they can make shots to overcome the difference. The Bison are making close to 37 percent of their three-point attempts this season, and they can all shoot. North Dakota State is averaging more than 73 points per game this season, and they will look to push the tempo on Wednesday night. The Bison will have to figure out a way to stop the monsters from North Carolina Central, but they could also just shoot their way to victory.

Guard Vinnie Shahid has been carrying the Bison offense of late and has had a terrific season. Shahid leads the team with 12.8 points per game this season and is shooting better than 36 percent from the three-point line. Guard Tyson Ward has chipped in with 12.3 points per game and is also grabbing a team-high 6.3 rebounds per game. Forwards Deng Geu and Rocky Kreuser combine for more than 18 points per game this season, but their defense will be more important to North Dakota State on Wednesday night.