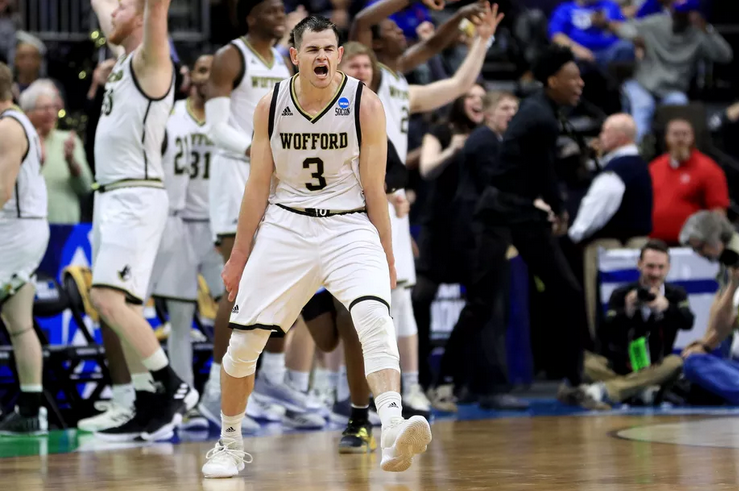 After a wild and crazy first round of the NCAA Tournament, the second round has a ton of matchups that should produce the same kind of excitement. One of the best games of the second round is a matchup between the Kentucky Wildcats and the Wofford Terriers. Kentucky is the second seed in the Midwest Region, while Wofford comes into this tournament as the seven seed. These two teams get the job done in very different ways, and each team will be trying to establish their identity in this one.

Kentucky posted a 28-6 record during the regular season, that included a 13-5 record in SEC play. The Wildcats put together in an impressive resume, and many people believe that they have the talent to reach the Final Four. Kentucky had no trouble in the first round, blowing out 15-seeded Abilene Christian by a score of 79-44. Wofford put together a terrific regular season as well, winning 30 games, and going a perfect 18-0 in the Southern Conference. The Terriers were dominant in the second half in the first round and beat Seton Hall by a score of 84-68. Kentucky is a -5.0 point favorite over Wofford in this second round matchup.

Wildcats Will Be Short Handed

The Kentucky Wildcats were short-handed in their first-round victory, and it appears that it will be much of the same for them in the second round. Forward PJ Washington has an apparent foot injury and will be forced to miss his second straight game. This is a big blow for the Kentucky offense as Washington leads the team with 14.8 points and 7.5 rebounds per game. Graduate transfer Reid Travis will have to step up in his place. Travis came to Kentucky after a successful career at Stanford and comes into this game averaging 11.4 points per game. Don’t feel too bad for the Wildcats; they still have plenty of talent.

Freshman guard Tyler Herro has been the star for Kentucky at times this season, and he won’t be afraid to take this game over. Herro is an elite shooter that knocks down 37 percent of his three-point attempts. Point guard Ashton Hagans controls the offense with 4.5 assists per game, and he will control the pace. If the Wildcats can’t find enough offense, their defense will likely carry them. Kentucky is allowing just 64.8 points per game this season, and that is against a terrific schedule.

Wofford Can Really Shoot It

The Wofford Terriers are in the second round of the NCAA Tournament for one simple reason; they are one of the best shooting teams in the country. Wofford shoots close to 42 percent from the three-point line as a team, and you can expect them to shoot a bunch of them in this game against Kentucky. Leading the shooting barrage for the Terriers is senior guard Fletcher Magee. Magee is averaging 20.6 points per game this season and became the all-time career three-point leader in the win on Thursday night. If he can find space in this game, he will keep Wofford in it.

The Terriers are also a terrific defensive team, allowing just over 65 points per game. The problem for Wofford is that they haven’t faced a team as good as Kentucky all season long, and they don’t have the athletes to keep up. The Terriers are averaging 83 points per game this season, and want to win with their offense. That will be a tough strategy to employ against Kentucky, but it’s the only thing they know.

If Kentucky was completely healthy for this game, I don’t think it would be close. The Wildcats are one of the ten best teams in the country, and they just have so many weapons. Wofford does have the ability to make shots, and that will keep them in this game for a while. Eventually, Kentucky will find a way to pull away and end this upset bid. Bet the Kentucky Wildcats -5.0 over Wofford in this game.