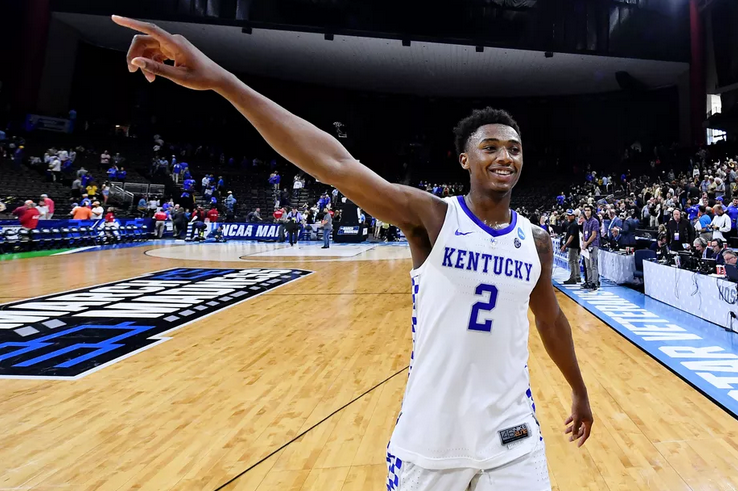 The final Sweet 16 game will be between the Houston Cougars and the Kentucky Wildcats in the Midwest Region. Houston is the three seed in the region, while Kentucky is just one spot better at number two. Both Houston and Kentucky are two of the best defensive teams in the country, but their offenses are high-powered as well. There should be several terrific games in the Sweet Sixteen Round, and this will be one of them.

Kentucky was dominant in their first-round victory over Abilene Christian, but they struggled a bit in the second round. The Wildcats were able to sneak by Wofford with a 62-56 victory to advance to the Sweet 16. Kentucky is once again an extremely young team that will be taking on a team of veterans. Houston has looked sharp in their first two wins in the NCAA Tournament, winning by an average of 22 points. The Cougars blew out Georgia State in the first round and then controlled Ohio State in the second round. Houston comes into this game with just three losses on the season. The Kentucky Wildcats are -3.0 point favorites over Houston.

Kentucky Could Still Be Without Star

The Kentucky Wildcats have been without forward PJ Washington for their first two NCAA Tournament games, and he will be a game-time decision in this one. Washington is leading the Wildcats with 14.8 points and 7.5 rebounds per game this season, and his absence has been felt in a big way. If Washington is unable to suit up, more pressure will fall on Reid Travis and Nick Richards to perform and provide some paint scoring. Travis has experience and is averaging 11.5 points per game this season.

Even if Washington isn’t able to play, the Wildcats have a trio of freshman guards that should be able to keep them in this game. Tyler Herro has poured in 14.1 points per game this season and is an elite shooter making 36 percent of his shots from deep. Keldon Johnson and Ashton Hagans are almost always on the floor for the Wildcats and have combined for more than 21 points and six assists per game. Don’t feel bad for Kentucky if Washington is out; they still have plenty of talent.

While Kentucky sports a young trio of talented guards, Houston will counter with three veterans that have been putting up huge numbers this season who can all shoot. Guard Corey Davis Jr. leads the team with 17.1 points per game this season and is the man who makes all the big shots for the Cougars. Armoni Brooks has chipped in with more than 13 points per game and provides plenty of toughness for Houston. Point guard Galen Robinson Jr. sets the table for the Cougars, averaging 4.9 assists per game for this explosive Houston offense. The Cougars hope that their experience will help them in beating the Kentucky freshmen.

Houston has also been a terrific defensive team this season, allowing just 60.8 points per game this season. The Cougars will put a ton of pressure on the Wildcats, and they will use their defense to get some easy buckets. Houston hasn’t faced a team with as much talent as the Wildcats this season, and that could be a real test for the Cougars.

Even if PJ Washington doesn’t make his return for this game, I still like Kentucky to win this one. The Wildcats have been battle tested throughout the season, and they continue to get better. This will likely be a close game throughout, but Kentucky just has too much talent for Houston. Bet the Kentucky Wildcats -3.0 over Houston in this Sweet Sixteen game.