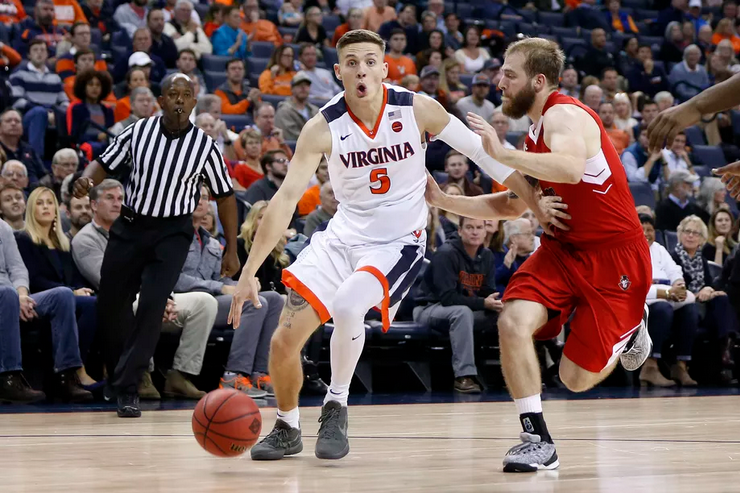 The Oregon Ducks are the lowest seed remaining in the NCAA Tournament, but they are not playing like a 12-seed. Oregon has been impressive in their first two wins, and come into this game having won 10 straight games. The Ducks will take on top-seeded Virginia in this Sweet 16 matchup, and this should be a low-scoring, defensive game. The Cavaliers have put together another terrific season just one year removed from being the first number 1 seed ever to be upset in the opening round. This should be a terrific game in the South Region.

Oregon came into the season ranked in the top-5 in the preseason polls, but things went south in a hurry for the Ducks. A season-ending injury to Bol Bol had them reeling, but Oregon has turned their season around just in time. The Ducks put up an impressive performance in the Pac-12 Tournament, and they won’t be intimidated by taking on a number one seed. Virginia has been out to prove doubters wrong this season, and they were impressive in winning the ACC regular season title. The Cavaliers have suffered just three losses all season long, and they have looked sharp in their first two NCAA Tournament games. Virginia is an -8.5 point favorite over Oregon in this Sweet Sixteen game.

Oregon Has Plenty of Athletes

The Oregon Ducks might be missing their best NBA prospect in Bol Bol, but they still have plenty of athletes left on the floor. Oregon has the ability to challenge Virginia with their athleticism on both ends of the floor, and they have been playing above the rim so far in the NCAA Tournament. Forward Kenny Wooten has been a breakout star so far in their first two games and is averaging more than two blocks per game. Freshman forward Francis Okoro is starting to see more playing of late, and he is another big body that can really get up and down the floor.

Junior guard Payton Pritchard has been the carrying the Ducks offense as well during their recent 10-game winning streak. Pritchard leads the team with 13.0 points and 4.5 assists this season, and also provides leadership and toughness. Forward Louis King has chipped in with 12.9 points per game and should be able to use his quickness to score on Virginia. Even if the Ducks can’t score well in this game, they allow just 62.5 points per game and can win the game with their defense.

The Virginia Cavaliers will never get confused as an explosive offensive team, but they have been getting plenty of production from their veteran stars of late. This version of the Cavaliers is averaging more than 71 points per game while limiting opponents to just 55 points per game. Virginia is rated as the best defensive teams by several metrics, and they will have a plan in place to slow down the high flying Ducks. Head coach Tony Bennett is known for his pack-line defense, and no one plays it better than Oregon.

De’Andre Hunter, Kyle Guy, and Ty Jerome are all terrific guards that take turns carrying the load on offense. The talented trio has combined to score more than 43 points per game this season, and they are all capable of making big shots. Virginia is known for its defense, but this is one of the more talented Cavaliers teams on offense.

The 2019 NCAA Tournament has been full of blowouts up to this point, but that should change in the Sweet 16, and this game is no exception. Neither team scores a ton of points, and this should be a relatively low-scoring game. Oregon is going to keep this game close throughout, but the Cavaliers are going to pull away in the end. Take the 8.5 points for Oregon, and bet the Ducks in this matchup against the Virginia Cavaliers.