Take a look at some of our top News and Notes fro the National Football League:

There is a three-way tie atop the NFL sacks leaderboard heading into week six, but two of the players are brothers. Houston Texans defensive end J.J. Watt and Pittsburgh Steelers linebacker T.J. Watt have each recorded six sacks on the season. The brothers are tied with Geno Atkins who plays defensive tackle for the Cincinnati Bengals.

Devonta Freeman Back on Injury Report

Atlanta Falcons running back Devonta Freeman missed practice on Wednesday with a foot injury. The All-Pro running back is battling a bone contusion and was forced to miss practice due to soreness. Freeman missed three games earlier this season after suffering a knee injury in the season opener. He returned to the team and played in the week five loss to the Pittsburgh Steelers. Freeman is averaging 4.9 yards per rushing attempt this season, but his availability for the Falcons week six game against the Tampa Bay Buccaneers is unknown. 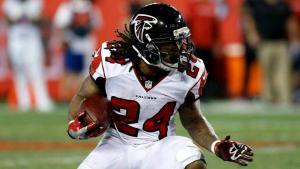 Cooks, Kupp On Track To Play

The Los Angeles Rams believe that both Brandin Cooks and Cooper Kupp will be available to play in their week six matchup against the Denver Broncos. Both Cooks and Kupp were on the injury report on Wednesday with a concussion, but both players were able to participate in the walkthrough portion of practice. The two talented wide receivers suffered the concussions in the Rams 33-31 week five victory over the Seattle Seahawks. Both players are in the concussion protocol and have to be medically cleared before playing in week six. Cooks and Kupp have combined for almost 900 receiving yards and six touchdowns this season.

Pittsburgh Steelers head coach Mike Tomlin has been fined $25,000 for comments that he made in regards to the officiating after the Steelers 41-14 victory over the Atlanta Falcons. Tomlin made harsh remarks about the officials in that game and called the fourteen accepted penalties in that game a, “joke.” The Steelers T.J. Watt was flagged for a questionable roughing the passer call after sacking Falcons quarterback, Matt Ryan, in the first quarter of the week five matchup. Tomlin is one of two head coaches that are on the NFL’s competition committee that helps to make and implement new rule changes.

The New York Giants will once again be without tight end Evan Engram in week six. The Giants are set to take on the Philadelphia Eagles on Thursday night, and will be without one of their most exciting and explosive offensive weapons. Engram has not played for the Giants since their week three victory over the Houston Texans, and the 1-4 Giants could use his services.

Engram caught ten passes for 104 yards and one touchdown this season before injuring his knee in the second quarter of the Giants-Texans game. The Giants are expected to edge rusher Olivier Vernon back for the game against the defending Super Bowl Champions. Vernon missed the Giants first five games of the 2018 season with an ankle injury, but was a full participant at practice this week. 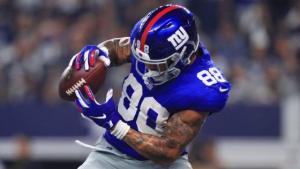 Florida State University has issued a scholarship offer to Shilo Sanders, the son of Deion Sanders. Deion Sanders was an All-American for the Seminoles during the 1980’s before going on and having a solid NFL career. The younger Sanders, Shilo, is a top-300 recruit in the class of 2019 as a standout cornerback, just like his father. Shilo Sanders attends Trinity Christian School in Cedar Hills, Texas, and has offers from several big name schools like Georgia, Nebraska, and Texas A&M.

The Jacksonville Jaguars have signed running back Jamaal Charles to a free agent deal. The Jaguars made the move after their top running back, Leonard Fournette, remains on the injury report with a hamstring issue. Despite the signing of Charles, the Jaguars plan to give T.J. Yeldon the majority of the snaps until Fournette returns.