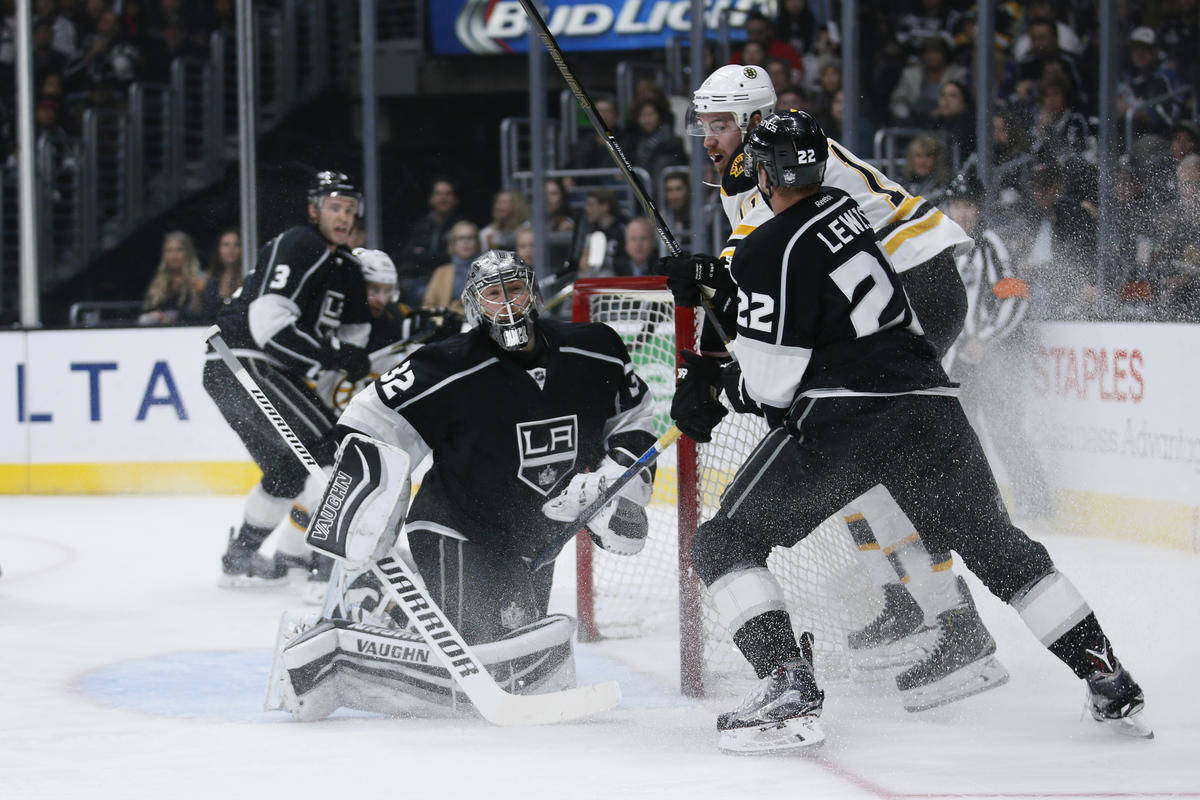 Here is a look at the most recent National Hockey League news:

Plans for a training facility were unveiled on Monday by the ownership group that is trying to bring an NHL expansion team to Seattle. The group outlined a $70 million plan that would place a training facility in the northern part of the city. The training facility would be 180,000 square feet, and would include three full-sized ice rinks that could be used by the community as well. The NHL Board of Governors is set to bid on adding Seattle in early December, but all signs point to them being added to the NHL.

If approved, the team could start playing NHL games during the 2020-21 season. The ownership group previously outlined a plan for a $700 million renovation to KeyArena that is expected to begin soon. Seattle would be the 32nd team in the NHL, allowing the league to have a balance of 16 teams in each conference.

The National Hockey League Players Association has filed an appeal on behalf of Washington Capitals forward Tom Wilson. Wilson was suspended for 20 games by the NHL for a hit on Oskar Sundqvist during the Capitals final preseason game. This is the fourth time that Wilson has been suspended in the previous 13 months, and being a repeat offender played a role in the severity of the punishment. NHL commissioner Gary Bettman will hear the appeal, but a date has not been set at this time.

The Los Angeles Kings will be without goaltender Jonathan Quick after he was placed on IR over the weekend. Quick suffered a lower-body injury on Saturday and was placed on IR by the team on Sunday. The Kings announced that Quick will undergo further testing to determine the severity of the injury, and they have not set a timetable for his return. Quick has won the Jennings Trophy twice in his career and was also the Conn-Smythe Trophy winner during the Kings Stanley Cup championship run in 2012.

Los Angeles will move forward with Jack Campbell as their top goaltender until Quick is able to return. Campbell went 2-0-2 in four starts with the Kings last season, with a 2.48 goals against average.

James van Riemsdyk Out For Flyers

The Philadelphia Flyers will be without forward James van Riemsdyk for five to six weeks after he suffered a lower-body injury. The injury was suffered during a weekend game against the Colorado Avalanche after van Riemsdyk was hit while trying to clear a puck. The Flyers signed van Riemsdyk prior to this season and gave him a five-year, $35 million contract. The 29-year-old scored 36 goals for the Toronto Maple Leafs last season.

The Florida Panthers will be without their top goaltender, Roberto Luongo, for a span of two to four weeks. Luongo suffered a sprained medial collateral ligament in his right knee, but the team announced that he will not need surgery. The veteran goaltender started just 33 games for the Panthers last season but went 18-11-2 with a 2.47 goals against average while healthy. He missed over two months with a groin injury last season. Luongo, 39, is signed through the 2021-22 season, and is costing the Panthers 5.3 million dollars in cap space each season.

Joe Thornton Out With Knee Infection

The San Jose Sharks got some good news in relation to Joe Thornton and his surgically repaired right knee. Thornton was feeling discomfort in the knee, but doctors discovered that the injury was infected, but no further damage was found. The team expects Thornton to rejoin them soon, but will continue to monitor the situation. Thornton played in just 47 games last season before having knee surgery in January.

The Columbus Blue Jackets will be without forward Brandon Dubinsky for at least four to six weeks. Dubinsky suffered a strained oblique muscle in practice on Saturday, and the team placed the 32-year-old on injured reserve on Monday afternoon. The Blue Jackets were hoping to get a bounce back year from Dubinsky after he tallied just 16 points a season ago. Dubinsky had a career year in 2016-17, finishing that season with a career high 41 points.