Ali Imsirovic set a new record of the poker player with the highest number of poker tournament titles in a year, in 2021. The 27-year-old pro took down a Buy-In event for $365,000 in the 2022 PokerGo Cup $25,000. His unexpected winning streak helped him receive the Card Player of the Year award, and other annual poker points' races.

Imsirovic started the streak by winning two tournaments in late February 2021. His amazing form has continued this year since he recently won two high roller poker titles, thus picking up 16 titles in 12 months.

The poker pros' recent win occurred after defeating 43 players at the 2022 PokerGo Cup's seventh event. His total career earnings are over $16.6 million after receiving $365,000 in the $25,000 buy-in tournament. Besides receiving the money and title, Imsirovic also amassed 420 ranking points from his win.

This was the player's fifth qualifying score for a 2022 Card Player of the Year award. The ranking points he garnered moved him to the eighth position in the overall standings. Also, he got 219 PokerGo Tour (PGT) points, thus having 651 points this year.

Imsirovic is the second player on the PGT leaderboard, and he is determined to go back-to-back and win the points' race. He started the PokerGo Cup's final day by leading the tournament, which had six professional players remaining.

Cary Katz fell after picking a K-10 suited and was at risk against Imsirovic's A-K suited. Katz didn't come from behind, and he got knocked to the fifth position. It earned him $86,000 in the high-stakes event.

Katz currently has $34 million as his poker career earnings and is the 10th player in poker's all-time money list.

Schulman used an A-5 to make an all-in call and lead Ausmus, who had Q-P suited. He continued leading through the turn, but Ausmus got luck when the chips from a queen on the river favored him. Schulman received $118,250 in the series, this being his third cash.

Ausmus hit the rail despite scoring the knockout. Imsirovic had a shove from the button as Ausmus picked A-Club SuitKHeart Suit and called all-in for slightly more than 12 big blinds. Imsirovic's A-Diamond Suit7Club Suit got dominated and was in bad shape as Sam Soverel picked the A-Heart Suit7Spade Suit from a big blind.

Imsirovic still managed to get sevens on the flop and took the lead. He sent Ausmus packing with $161,250 for a sixth final-table finish this year.

Imsirovic got 280 POY points, which helped him top the POY standings. He got 87 points in the POkerGo Cup and PGT races. The poker pro led the heads-up play against Soverel, a 2019 Poker Masters Purple Jacket and bracelet winner who briefly took the lead and played the day's key hand.

Soverel picked A-Spade SuitQDiamond Suit and raised it from the bottom while Imsirovic had a K-Heart Suit2Diamond Suit in his big blind. He checked his trip deuces when the flop came at 6Diamond Suit2Spade Suit2Club Suit.

Soverel wagered 75,000 while Imsirovic made a 350,000 check-raise. Yet, the former used an ace-high to make a call, and the turn brought ADiamond Suit. Imsirovic wagered 700,000 while Soverel used aces and deuces that had a queen kicker to call.

Jean-Robert Bellande Proves to Be a Tough Opponent for Garrett Adelstein in $335,000 Pot on High Stakes Poker 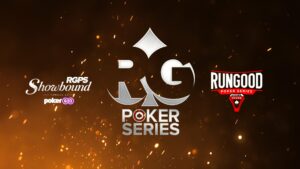