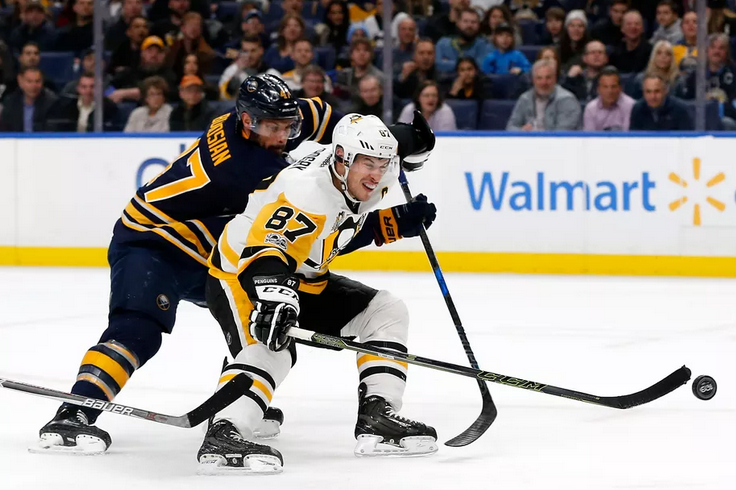 The St. Louis Blues had a terrific month of February, but the month of March hasn’t been as kind to them. St. Louis rattled off 11 straight wins and got back in contention in the Western Conference, but a recent skid has them fighting for a playoff spot again. Pittsburgh has been largely inconsistent for much of the season, but the Penguins have won six of their last seven games. The Penguins are one of the best scoring teams in the league, while the Blues will have to win this game on the strength of their defense.

Pittsburgh looked to be a middle of the pack Eastern Conference team this season, until their recent hot streak. The Penguins come into this game with 87 points and are just four points behind first-place Washington. Pittsburgh has been a fixture in the Stanley Cup Playoffs, and they should return there this season. St. Louis has slipped back into a Wild Card spot in the Eastern Conference with 79 points. The Blues still have a shot at getting back up into the top three in the Central Division. Pittsburgh is -155 over St. Louis on Saturday night.

Blues Offense Letting Them Down

The St. Louis Blues have not been a very high-scoring team all season long, but their offense has disappeared in their last three games. The Blues have managed to score just three goals over that stretch and were shut out by the Ottawa Senators in their most recent loss. A big reason for the recent struggles has been due to the injury of Vladimir Tarasenko. Tarasenko leads the Blues with 28 goals this season but will be out for another week with an upper-body injury. St. Louis is going to have to score to keep up with the Pittsburgh Penguins.

If the Blues are looking for someone to step up on Saturday night, look no further than center Ryan O’Reilly. O’Reilly leads the Blues with 41 assists and 67 points this season but is going to have to look to score more with Tarasenko out. St. Louis does a good job of limiting opponents, allowing just 2.74 goals per game. Goaltender Jake Allen sees most of the action in net, but rookie Jordan Binnington has recorded five shutouts in just 23 games played.

Sidney Crosby has been one of the best players in the NHL for the past decade, and he is having another solid season for the Penguins. Crosby leads the team with 59 assists and 92 points so far this season, and he has been playing great of late. The Penguins are in the top-five in the NHL in scoring, averaging 3.46 goals per night. Pittsburgh has also been lethal on the power-play this season, converting better than 26 percent of the time with the man advantage.

The Penguins will look speed up the tempo in this game against the Blues, and they have the scoring lines to do it. Center Jake Guentzel leads the team with 36 goals this season, and the Penguins also have Evgeni Malkin and Phil Kessel on the roster. Goaltenders Matt Murray and Casey DeSmith have combined for seven shutouts this season, and are usually good enough to win games.

St. Louis had a ton of momentum heading into this month, but now they are fighting for their playoff lives. The Blues just don’t score enough goals to beat the top teams in the league, and this includes the Penguins. Pittsburgh has been rolling of late, and they will pick up their fourth straight win on Saturday. Bet the Pittsburgh Penguins -155 over the St. Louis Blues.