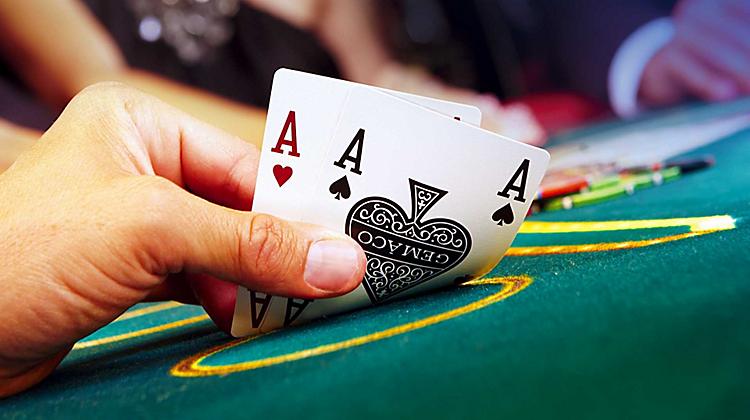 Texas Hold’em is one of the most popular poker games played across the world. It is a poker variant played by both amateurs and professionals alike, with Texas Hold’em used in some of the biggest poker international tournaments.

Although Texas Hold’em seems a simple game at face-value with few rules, the variety of in-play situations and multiple card possibilities make the game exciting but difficult to perfect.

Becoming familiar with the rules and hand variations is essential for playing Texas Hold’em for leisure or for competition. Once the basics are mastered, there is plenty of strategy and psychology behind this century-old poker game.

Where to Play Texas Hold’em Online?

The best way to apply poker strategy, and to learn the rules and variations, is to practice online. Playing online allows players to perfect their poker strategy in a low-cost, unpressured environment. It is one of the most effective ways to prepare for real tournaments and competitive games.

Many online sites now have online poker rooms, available on desktop and mobile devices. Players can also play online without any cost through free cash deals and no-deposit bonuses. Money is also available from promotions, bonuses, and loyalty offers, provided by some of the best digital platforms.

Below are some of the top online Texas Hold’em picks for beginners or seasoned poker players:

1. Bovada Poker: Bovada hosts regular tournaments, events, and festivals. It is a good choice for players of a more competitive nature, with premium tournaments and cash games also available.

3. Betonline Poker: A great place to start for beginners, with some of the softest cash tables in online poker.

4. Americas Cardroom: An online platform with something to offer for players of all abilities and for those playing for different-sized payouts.

5. Black Chip Poker: One of the most popular poker networks in the USA, Black Chip poker provides great opportunities for novice and seasoned players to make a profit.

When did Texas Hold’em Become Popular?

Texas Hold’em, originally known as just Hold’em, can be traced back to Robstown, Texas, in the early 1900s. The game was played solely in Texas initially and its popularity spread once card players in back-room games, saloons, and bars in the state throughout the early to mid-1900s.

But, to coincide with the rise of the booming gambling scene in Las Vegas in the 1960s, Texas Hold’em expanded from its Lone Star roots in 1967. Texan poker stars, Crandell Addington, Thomas “Amarillo Slim” Preston, and Doyle “Tex Dolly” Brunson were influential in the game’s rise, bringing Hold’em with them to Vegas.

Initially, Texas hold’em was just played at the Golden Nugget. But it eventually worked its way into more and more venues in Vegas. The Dunes was next and Binion’s Horseshoe helped raise the profile of Texas Hold’em, It was here where Benny Binion hosted Addington, Preston, and Doyle at a little game called the World Series of Poker.

The WSOP, which eventually became its nickname, allowed the seasoned poker players to compete in a range of tournaments. However, Texas hold ’em soon became the singular game played in the Main Event by the second year of the competition.

Since then, Texas hold’em has been the primary game of most major poker tournaments, from the WSOP to the World Poker Tour, European Poker Tour, and others globally. Most poker rooms also host more hold ’em tables than any other. Primarily due to its popularity through televised poker and the growth of the game in many forms.

How to Play Texas Hold’em?

Players are dealt two cards face down to begin the game. These two cards are known as ‘hole’ cards and are private to each individual player. This stage of the game is known as the pre-flop and the first round of betting takes place where players can choose to fold, bet or check.

Then, throughout four separate rounds, five ‘community cards’ are dealt into the middle of the table. Throughout each round, players have to chance to check, raise fold, or bet, depending on how the cards play out.

The rounds in Texas Hold’em take place in this order. Each round commences once all players have made their betting move:

What are the Rules for Texas Hold’em?

In addition to the format of play in Texas Hold’em, there are universal rules that apply during the game.

The Button and the blinds move between players throughout the game, in a clockwise direction, starting with the player to the left of the dealer.

What are the Hand Rankings in Texas Hold’em?

The following card combinations show all of the possible card rankings in traditional poker. This list ranks the hands in order from best (Royal flush) to worst (High card).

What is the Best Strategy?

While Texas Hold’em may seem like a game of luck to some, there are many strategic acts for players to consider during every hand and every round. After all, as Mike Sexton famously said, Texas hold’em is “the game that takes a minute to learn but a lifetime to master.”

One major consideration when devising strategies for playing hold’em is whether the games are no-limit or limit, the latter also known as fixed-limit. Limit games have betting caps, so players know that raises and re-raises will stop at some point. No-limit poker requires more of an ability to take risks and trust one’s instincts, as a betting battle can result in one player being all in, which is to put all chips into the pot.

The strategy will also depend on the playing context, whether it’s a cash game or a tournament. For instance, playing tournament poker requires more patience and well-timed moves, such as upping the blinds and antes, because players must reach the final 10% or 15% of the field to enter the money portion. Cash games, however, can be quicker as players can leave the table and cash in at any point.

What is the difference between limit and no-limit and limit Texas Hold’em?

In a game on no-limit poker, the size of bets and raises in a round are unlimited. However, in limit poker games, the amount wagered per round is at a fixed upper limit. In limit games, the betting must take place in set increments.

Where can you play online poker?

What is a cash game in Texas Hold’em?

A player wins a round in Texas Hold’em by creating the best traditional poker hand out of seven cards. Players can use any combination of their two ‘hole’ cards with the five ‘community’ cards placed face up in the middle of the table. Alternatively, a player can win if they raise and all other players at the table fold.

What are blinds and antes in poker?

Blinds are initial bets made before play starts in poker to discourage defensive play and to ensure there is a pot to be won. The big blind acts as the ‘ante’, which is a forced bet that has to be made by a player before the game can continue.