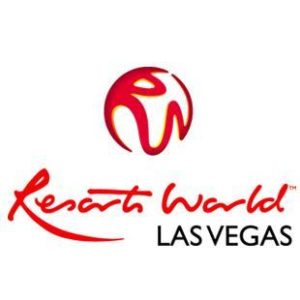 The newest entrant to the Las Vegas Strip may be one of the most luxurious resorts the city has ever seen. With a scheduled opening of Fall 202, Resorts World Las Vegas has been on the radar for years, and now the company that owns similar properties around the world will let travelers and residents of Las Vegas see what all the fuss is about.

The property where Resorts World Las Vegas is sitting has been rife with stress since Boyd Gaming demolished the Stardust Casino and Resort, which had stood there for decades. That demolition happened right before the 2008 financial crisis, which sent Boyd into a tailspin. They agreed to sell the lot to Genting Group, who had planned on building a massive, Asian-themed resort similar to the Resort World properties they had constructed around the world.

However, the development of the property has lagged for several reasons over the last 12 years. The complete project calls for four massive hotel towers, a full retail complex, and several more amenities. After all the starts and stops, the first phase of Resorts World Las Vegas is set to open in the fall of 2020 with an initial hotel tower featuring 3,500 rooms.

Focusing on the gaming appetite of Asian players as well as the Las Vegas community as a whole, the casino floor at Resorts World Las Vegas is coming in as on of the largest the city has ever seen. With an estimated 175,000 square feet of space, the casino floor will have over 3,000 slot machines and 250 table games. There will no doubt be many tables that are focused on games that Asians love to play, such as Sic Bo and Baccarat, along with the full complement of more generally understood games.

At this time, the details of the hotel are not yet published. It is widely anticipated that the initial tower will include both hotel rooms and suites, and if you look at some of the suites available at the other Resorts World properties around the world, you can expect some lavish décor and excellent design combined with huge entertaining spaces and spa-like bathroom amenities.

At this time, there has been some information that has been released about the dining options in the first phase of Resorts World Las Vegas. The group is committed to bringing cuisine from all over the world to the resort, including a Michelin Star restaurant. While we expect the general theme to be Asian cuisine, we are looking forward to what takes on the menu items you are going to find at all the different restaurants that Resorts World will manage when it opens in the Fall of 2020.

Without seeing the property, it is difficult to come up with one thing that you can’t miss when preparing to visit Resorts World Las Vegas. However, given what the resort is telling people on their website, we think the Entertainment Zone, which will feature the huge sportsbook and live entertainment, is going to be one of the main attractions at the property. You can never go wrong with live entertainment and your favorite team on the screen, especially in a 14,000 square foot environment. The landscape at Resorts World will be changing over the next few years, so check back often to find out what new and exciting development is coming for you to experience!