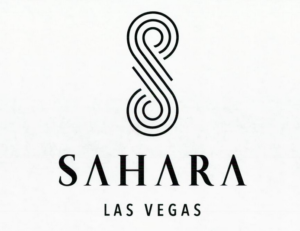 A brief history of The Sahara

The Sahara Hotel and Casino has a long, rich history in the early days of Las Vegas, and then has had a few tumultuous years in the recent past. The resort was one of the most luxurious on the Strip when it was opened in 1952, and in those years it was the place to be seen. Many of the world’s top entertainers have graced the stage at the Sahara, and with the first Olympic-sized swimming pool in Las Vegas, there was certainly a great reason to find yourself outside at the property.

The Sahara had an excellent first run well into the 1980s and then underwent some renovations in order to keep up with the new properties that were being built on the Strip. However, as the years went on, it felt like the world was passing the Sahara by, and finally, in May of 2011, the resort shut its doors. The owners at that time, SBE Entertainment, tried to revive the location by pouring in over 400 Million into renovations. The result was the SLS Resort and Casino, part of SBE’s global SLS chain. The rebrand included totally renovated hotel rooms, with many celebrity suites designed by Lenny Kravitz. The vibe in the casino was much different than back int eh Sahara days – gone were the roller coaster and the more family-friendly amenities, replaced by a more VIP-style of ambiance.

The new branding didn’t have the kind of impact that SBE had expected, so in 2015 the dismantling of the property began with the rebranding of one of the towers to the W Hotel Las Vegas. This caused even more confusion with guests as the property now had multiple looks to it. By August 2018, Starwood had ended its relationship with the hotel, and the W Tower was brought back in-house.

The resort was purchased by the Meruelo Group in April 2018, and with a vow to bring the property back to past glory, it was announced in 2019 that he Sahara name would once again be returning to the Las Vegas Strip. A ceremony was held in August 2019 officially returning the name to Sahara, and renovations continue today at the resort.

Gaming at The Sahara

The casino floor at the Sahara has undergone many facelifts over the years, and today stands at approximately 60,000 square feet. This is by no means the largest space on the Strip, but when you consider the location of the Sahara, it is an excellent size that is rarely crowded. There are close to 50 gaming tables, featuring low minimum bets making the casino much more approachable to the general public. These tables are surrounded by a cornucopia of the top slot machines in the city, approximately 600 in total.

For those less interested in casino games, the Sahara has brought poker back to the property with its 7 table poker room. This room is open from 10 am to 2 am daily, and features cash games as well as a handful of small tournaments each week. There is also a sportsbook on the property for those looking to bet on their favorite teams.

Top 3 Suites at The Sahara

With all the changes at the hotel in the last ten years, it is tough to keep track of the best rooms to stay in at the Sahara. However, the exclusive rooftop pool and valet service at the Alexandria Tower is a great place to start.

One of the suites designed by Lenny Kravitz for the property when it was SLS, this suite remains today as an opulent choice for guests. What it lacks in size (it is only 1075 square feet) it makes up for in spectacular views and amenities in the room itself. This room screams out “VIP” and is a decent rate for those looking to take it up a notch.

Another Kravitz design, this 3,300 sq ft suite includes two bedrooms as well as a living and dining area. There are spa amenities in the room, and it also features an outdoor space with two decks and a hot tub if you are looking to get some fresh air after spending the day or night in the casino. This is a baller room for those who want to show the world how important they are.

The final suite at Sahara offers a taste of the old Las Vegas in its décor while remaining very masculine in its esthetic. Another room with Kravitz’s touch – the hotel was smart to leave these rooms untouched when it changed hands – it isn’t as big as the Blanca Penthouse, but it is no slouch.

Top 3 Dining Options at the Sahara

The Sahara has always had great dining as part of the overall experience, and while there were some leaner times from a restaurant perspective in the past, the hotel offers great choices across the board today.

The highlight of dining at Sahara is definitely Bazaar Meat, a restaurant from Michelin-starred chef Jose Andres. This is a meat lover’s dream, so if you are a vegetarian, we suggest you stay away.

While it is currently under renovation, Uno Mas Tacos is an excellent spot to get the Sahara’s take on Mexican street food.

Finally, while it doesn’t serve full meals, we have to highlight the all-new Casbar Lounge, situated in the middle of the casino. This is the place to be seen and heard in the Sahara, so even if you are just waiting for your table at one of the restaurants, you owe yourself to check this place out.

The One Thing You Can’t Miss at the Sahara

With all the great indoor activities at the Sahara, we think the best thing about the property is actually outdoors. The series of pools at the hotel are fantastic, providing luxurious options that are on the ground floor or all the way up on the roof where you can get some amazing views of the surrounding city. Pack your shades and your sunscreen and make your way to one of the three available pools.