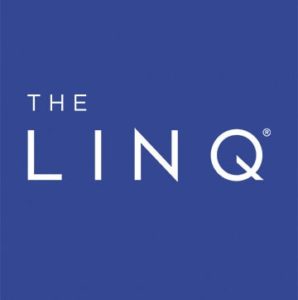 A brief history of The LINQ

The LINQ has a rollercoaster of a time in the last 20 years or so. The hotel at that time was known as the Imperial Palace as it had been since 1979, but the property was originally called the Flamingo Capri when it was originally opened in 1959. The LINQ is not known as one of the top tier resorts in Las Vegas and ranks as one of the lowest-tier properties on the Strip. It does, however, offer a very affordable option to travelers who want to be right in the middle of the action and not have to pay an arm and a leg to do so. The hotel rebranded as the Quad in 2012, but that was shortlived as the development of the promenade behind the property gave way to the new name in 2014.

Gaming at The LINQ

The casino at the LINQ is nowhere near as large as many of the casinos on the Strip, but it is a great spot for a younger demographic, as well as those playing on a budget. The casino had a complete remodel as part of the change to The LINQ in 2014, and now offer players approximately 60 different gaming tables as well as almost 1,000 slots. These tables have low-stakes levels, which brings in a very different type of clientele.

Added to the back of the LINQ as part of the remodel is a separate casino called O’Sheas. O’Sheas was once an independent casino at the front of the property, which was well known for the beer pong and college-like atmosphere. They attempted to replicate that in the new location, and while it is missing that beer-soaked carpet smell, it is a great alternative for those who like to party when they gamble.

The resort is owned by Caesars, so you can earn Total Rewards points at this hotel for use at any of the other Caesars properties, which may be of value if you plan to eat somewhere else on your stay.

The Hotel at the LINQ

As mentioned, the LINQ is not the kind of resort that someone would stay at if they were looking for a lavish experience. The rooms have all been remodeled, but they are very small compared to other hotels. Also, they are close to the Strip and overlook the pool are, for the most part, so these rooms can get a little loud.

The good news about the hotel at the LINQ? Well, as we said, the rooms were all remodeled in 2014, so that’s nice, and the price is right -you can often get a room on a weeknight for as low as $40 and all the way

Top Suites at The LINQ

The “suite” options at the LINQ are limited, to say the least. However, there are a couple of options that you should take advantage of if you are planning to stay at this hotel (and spend time there):

The pool at the LINQ has been completely remodeled and is now a focal point of the entire resort. These rooms offer a King or two Double beds and open right up to your own cabana. Of course, this also means that you are right next to the pool, which can be great when the weather is good, but it can also be loud if there are a lot of people in the area.

As we mentioned, the standard rooms are very small (300 square feet). If you want to get a little more luxury out of your stay at the LINQ, the King Suites are bigger and a little more comfortable. They aren’t super expensive either, so make sure you have a look at that option when you are ready to book a room.

Top 3 Dining Options at the Hotel

The dining options at the LINQ are not exactly the top-notch choices you would find at some of the other resorts, but they are on par with the type of clientele that typically stays here. Here are the best choices if you are planning to stay at this hotel:

Food Network’s leading man seems to be everywhere these days, but when he opened this restaurant in Las Vegas, it was a perfect fit for his bombastic personality. While you likely won’t catch a glimpse of the chef while you visit the restaurant, you will be able to sample some of the recipes he has created from years on the road traveling America looking for the best homestyle cooking.

This breakfast place was, at one point, one of the most popular places found off the beaten path in Las Vegas. When the LINQ was remodeled, it was an excellent time to bring these outrageous meals to the Strip, and the travelers are only too happy to pack the place every day. Come here hungry – the meals are huge and definitely social media post-worthy.

Known more as a bar than a restaurant, the Kilt is still a fantastic place to grab a bite to eat and do some people watching. It’s open late and has a great menu of traditional pub food if you are looking for something casual to keep your energy up while waiting for your next beer pong game at O’Shea’s.

The One Thing You Can’t Miss at the LINQ

The main reason for the rebrand of the hotel in 2014 was the development of the shopping arcade in what was once an alley. The centerpiece of this remodel can be seen from al; over the Strip – the High Roller Observation Wheel. This looks like a Ferris Wheel from a distance, but it is far from that each of the observation pods holds up to 40 people, and on the 30-minute journey, you will get spectacular views of the Strip. There can be quite a wait to get on the Wheel, so you should book your tickets in advance if you can for a time that works for you – it is open late so you can check out nighttime in Las Vegas in all its glory.