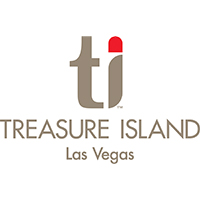 In the 1990s, many Las Vegas megaresorts opened, and this was the era of every hotel taking their theme up a notch. When Mirage Resorts opened Treasure Island, it had a full pirate theme, which was meant to be family-friendly. Over the years, the theme got tired, and after a few tweaks to both the identity and the name, today, the hotel continues to be a great spot for visitors and guests even if there are far fewer pirates roaming around.

A brief history of Treasure Island

When it opened in 1993, the can’t miss attraction at Treasure Island was, without a doubt, the pirate show held outside on Las Vegas boulevard every hour. The elaborate show featured dozens of performers and a set that included moving pirate ships. Thousands of people would stop and watch the show, and this was definitely the place to be as the new kid on Las Vegas Boulevard. Mirage had hit a home run with this themed resort, which was attached by tram to its signature Mirage Resort next door.

However, as with everything, the show started to lose its luster, as did the idea of a hotel and casino in Las Vegas that felt very Disney-themed. Soon after opening, there was a renovation to reduce the size of the massive arcade inside the property as it was clear fewer families were coming at anticipated. BY 2003, the pirate theme was no more, replaced with a shorter name (TI) and a more adult-themed look and feel. The pirate show was replaced by a Sirens show, with more scantily-clad women on display. The hotel was sold to Phil Ruffin in 2008, and in 2013 the name was returned to Treasure Island, along with a Caribbean theme. The Siren show was closed to make way for more restaurants and shopping, and in 2019 it was announced that the hotel would become part of the Radisson Hotel Group.

With everything that has changed at Treasure Island over the years, the gaming floor has remained the same. Gamblers can take advantage of 95,000 square feet of gaming space, which definitely has table game lovers, in mind. There are over 175 tables available in Treasure Island’s Casino, which is far more than many of the casinos on the Strip. There are also 2,500 gaming machines on the floor, making for a very busy gaming space that attracts thousands of players every day. The bar in the center of the floor is the place to be if you are looking to grab a drink and watch all the people wandering through the facility.

There are a lot of suites in the Treasure Island hotel, mainly because it was originally built with families in mind. Having said that, through the renovations, these rooms have been upgraded to give guests a vacation they won’t soon forget. Here are a few of the options you can choose from.

This is the top suite in the whole hotel. It’s the place you want to be hosting some friends, as the room is big enough to entertain up to 20 people. The large living area features a full wet bar and spectacular views of the Las Vegas Strip. There are two bedrooms available, and if you need to get some work done, you can use the full office set up in the suite as well.

A great place to relax or to host a few colleagues for a drink with a view, the 1,300 square foot Premier Suites are designed with quality in mind. A King bed is in the bedroom, and the room has two bathrooms in it, so your guests don’t have to see inside the bedroom. There are a small dining area and a lounge sofa in the middle of the room, so you will want to spend some time here before hitting the casino floor.

The only real difference between these Suites and the others is size, and trust us when we say you won’t notice the difference. The Luxury Suite is over 1,000 square feet and also offers amazing Strip views, and with top bedding and bathroom amenities, you’ll definitely want to maximize your time in this room.

With the expansion of the dining and retail components at Treasure Island in 2013, there are now even more great options for those looking to grab a bite to eat before a show or after a night at the casino.

We start with a place that is more casual in ambiance but not in flavor! This is one of the best places on the Strip for seafood, whether you are someone who likes to dig into crab legs or the elegance of ousters on the half shell. Grab a cold drink to wash it all down, and you will be ready to take on anything Las Vegas has in store!

Named after the owner of the hotel, this steakhouse is elegant in design and on the menu. The steaks are dry-aged to perfection and cooked exactly to your specification, and they are complemented by some classic Italian pasta dishes that will fill you right up!

How about dinner and a show? How about dinner when you are in the show? Well, this is what you will get when you step into the legendary Gilley’s! There is no shortage of great BBQ food, so come hungry, and when you are ready, give the mechanical bull a try! There is nightly country music live in the place as well, and you may find yourself in a line dance before the night is through!

The One Thing You Can’t Miss at Treasure Island

With so much going on at Treasure Island, your head may be spinning, but make sure to settle down and remember this: the one thing you have to check out when you are at this resort is the spectacle that is Cirque Du Soleil’s Mystere. This is a remarkable show, with dazzling circus performers on display. You will be amazed by what these talented folks can do, and you will leave the show wanting to see it again and again. It’s the one thing you simply have to check out at Treasure Island.