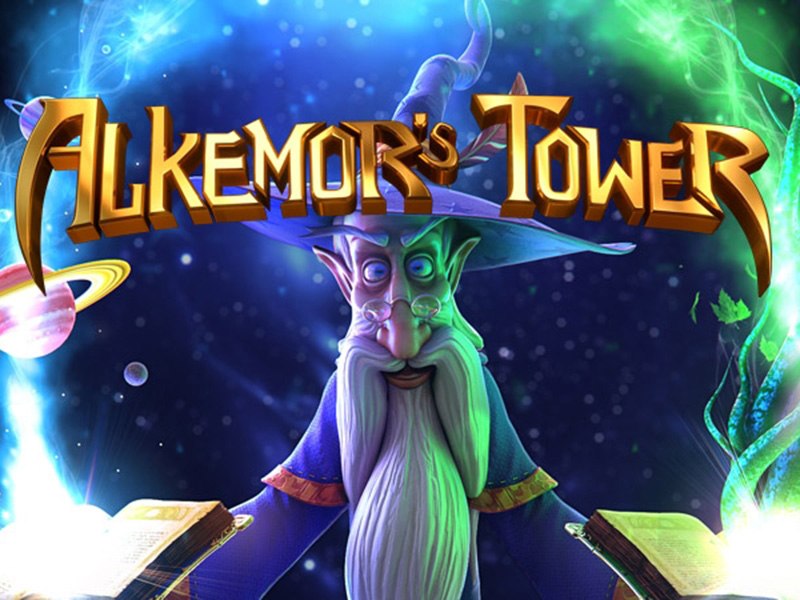 Alkemor’s Tower is a slot game developed by the ever-busy team at Betsoft. The theme in this instance is all about magic and wizards, so it’s not unique in that sense. However, Betsoft is known for producing slick games and cool graphics, so let’s see if that’s enough to make this game out to be different from the rest.

This 3D video slot comes with 5 reels and a total of 243 paylines, so there’s ample opportunity to grab some wins along the way. The game itself is filled with spells and wizardry with the reels set against a staircase within the tower. The symbols have been expertly created with the graphics leaping out from the reels. With this game, expect symbols such as jewelry, gems, gold coins, spell books, and the various earthly symbols.

How to Play Alkemor’s Tower

The game is exceptionally easy to play since all you need to do is choose the size of your coin followed by the number of coins bet per line and finally the number of lines. This is all achieved by way of clicking through the various options at the bottom of the reels, and the total bet is then going to change as a result. Once you are happy, hit the spin and see how the reels land.

With so many paylines available, having some bonus features will certainly go a long way to making it even more possible for you to grab some extra wins. With this game, you are looking at 4 different bonus features.

The first is the blue water created by the spells and book symbols appearing on reels 2 and 4. The reels are swamped with water with the symbol on reel 2 becoming wild and replacing other symbols to create winning lines.

The next is the earth bonus. Here, the wizard brings meteors to smash the reels with book or spell symbols on reels 2 and 4 turned into wilds to create new winning paylines.

After that, there is an air bonus. This involves the spell and book symbols being wilds while other symbols are blown away. They are then replaced by something else to boost your chances of winning across various lines.

Finally, the fire bonus. Once again, the spell and books on reels 2 and 4 become wilds but the reels are swamped by fire. After other symbols are swapped for new, hope the spell symbol appears on the first reel for a big prize.

But then, landing either the observatory or conservatory allows you to win extra free spins, the number of which depends on how many symbols you get, but it’s still a nice little boost that keeps you playing.

Betting and Payouts for Alkemor’s Tower

With this game, the total jackpot is set to $17,500, which is not too bad. Also, the game has an RTP in the region of 95%, and that is pretty standard. The coin size ranges from 0.02 to 1 while the maximum bet you can place per spin is capped at $5. This means that the potential wins are pretty good considering the low bets that can be placed on this slot.

Overall, Alkemor’s Tower is a cool game with interesting bonus features that will certainly help keep you entertained. Betsoft has certainly scored again when it comes to the graphics and general gameplay, and with those low bets, it may very well be the perfect slot game for those just wanting to find out what all of the fuss is about with this type of game.