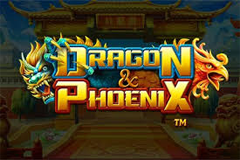 Developed by the team at Betsoft, Dragon, and Phoenix is a slot game that appears to be primarily aimed at the Asian market due to its theme. Set against the backdrop of a Buddhist temple, the game was launched back in 2019, so do expect modern features throughout.

Overview of Dragon and Phoenix

The graphics in this game are what you expect from Betsoft with them being big, bold, and colorful. The theme is immersive and the music adds a nice touch to the experience. The game comes with 5 reels and a total of 20 paylines and comes with a medium to high variance. Overall, the game does feel well put together. The symbols that appear include the royal couple, gold, dragon, phoenix, and many other Chinese inspired symbols.

How to Play Dragon and Phoenix

Anybody who has played a Betsoft game before will be familiar with the general way to play this game. First, set your bet amount with the coin value. Next, choose the number of paylines that you wish to activate. Next, check the total bet and then, hit spin. They could have further complicated matters, but it appears that Betsoft decided to keep the gameplay as simple as possible in this instance.

Bonus Features for Dragon and Phoenix

With bonus features, there are fewer with this game than many others from Betsoft, but that’s not a bad thing. First, land the royal couple and you will open up the wild feature. Land this, and it replaces any symbol on the reels aside from the scatter. Speaking of the scatter, the golden tree scroll acts as the scatter, and this can open up free spins if you land three of them. However, land one and you could receive one free spin, which is still better than nothing.

Finally, there’s the double-up option where you have the simple 50/50 chance of increasing your winnings which is a pretty standard gamble.

Betting and Payouts for Dragon and Phoenix

With this game, you are looking at an RTP of 96.01% which is pretty impressive. The bet range starts at $0.2 and goes up to $20 per spin, so it’s not as high as it is for other games by Betsoft. In this instance, the maximum potential jackpot stands at 8098x your initial stake, so there is real potential for you to win a substantial sum of money if lucky enough. Land the dragon or phoenix symbols and you stand to win up to 500x your stake which is still quite good. Other symbols do provide a lower return, but it does explain why the RTP is as high as it is on this game.

Overall, Dragon and Phoenix get a bit of a rough ride elsewhere, but the truth of the matter is that this game plays well, is easy to understand, and it doesn’t complicate things with too many bonus features. If you are still new to the entire idea of 5 reel slots, then this could very well be the perfect game for you to use to kick off and build your experience.