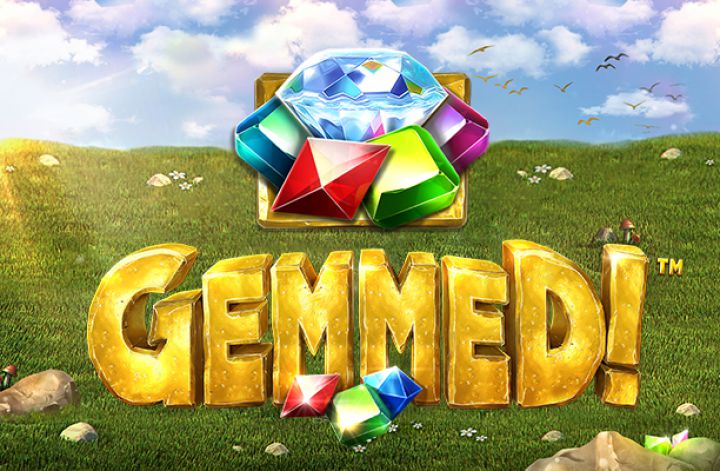 Gemmed is a slot game from Betsoft Gaming and was released in 2019. It has 40,503 bet ways. The slot has unique immersive graphics, stunning scenery, and innovative gameplay. Beyond the reels, you’ll see two old trees while the reels themselves will appear in different sizes and host differently sized symbols.

The game features a 9×9 grid, which contributes to large sizes of symbols on the game. Winnings are counted when four characters align diagonally or adjacently. Players will come across rainbow wilds that promote higher wins and free spins.

How to Play Gemmed

Unlike many slots that give players few pay lines, Gemmed gives you up to 50 503 bet ways. The special reels and symbols contribute to the possibility of having multiple wins. To begin your journey to massive wins, you have to adjust the stake and bet ways.

First, set bets between the minimum of 0.10 and 10.00 per spin. When you hit the spin button, symbols will start appearing on the reels. Winnings will be calculated depending on the value of the icon. These symbols are divided into three.

Three sun icons equal to winning. Other winnings are calculated when four symbols align to each other diagonally or adjacently. To get the biggest win per spin, aim for the largest and brightest gemstones as they are of high value.

If you want to step back and watch the reels spin on their own, you can use the autoplay button to set the number of spins between 1and 100. Whichever the case, playing Gemmed gives you a chance to win up to 21667x the amount you wager.

The first bonus feature you will come across is the wild sign. It appears as a rainbow and can replace all icons on the reels except for reel 1. When they replace all icons, a winning combination is guaranteed.

Free rounds are triggered when five or more scatters appear on the reels. Five scatters give you 15 free spins, six bring 20, seven-25, and 10 scatters 50 free spins. If you get four scatters, you don’t get free spins but instead increase your bet.

Another bonus feature is the Double Up that is triggered after every spin. A player can choose to use it or not. It allows players to bet all or half of their winnings by pressing the HEADS button or TAILS button to start the flip.

Gemmed is developed using HTML5 technology, making it playable on mobile devices. Whether you’re using an iPhone or Android, you can play Gemmed from your phone. You don’t even have to download the game as you can play it over the browser. It loads fast and retains the same graphic quality as the desktop version. Other platforms you can play Gemmed include Windows, Mac, iPad, tablets as long as you have internet access.