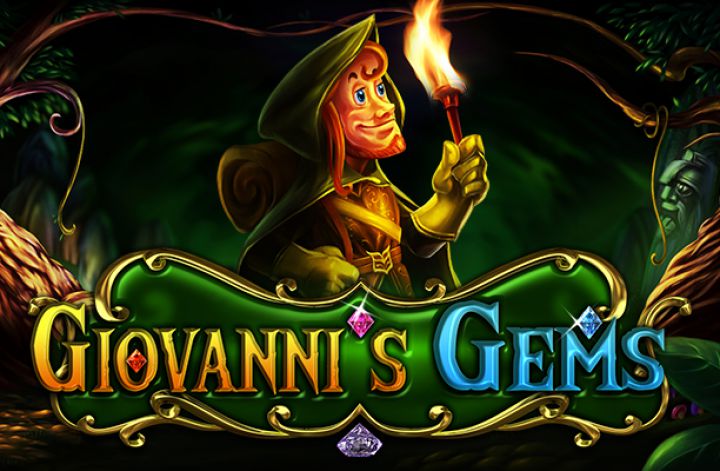 Giovanni’s Gems is a 2017 release of BetSoft Gaming. It’s a 3D slot featuring seven reels, seven rows, 30 pay lines, and a jackpot of up to one million coins. Giovanni’s Gems is a game about a miner who is searching for diamonds in a cave deep in the forest. The slot features cartoony graphics that make the game appealing to the eyes and fun to play. By playing this game, players have the opportunity to get seven to 50 free spins, at least 25 paying symbols per spin, and many more prizes.

How to Play Giovanni’s Gems

Considering the game is about collecting gems, you’ll need the ingredients necessary for the role. Thus, the sack, torch, and pickaxe will be part of the adventure. These symbols are also the highest paying. Other high paying symbols include the emerald and ruby. Collect a cluster of five of these symbols and get mind-blowing winnings.

The other symbols that you’ll come across include amethyst, sapphire, citrine, and citrine. These are low paying characters, and some of them need to be collected in huge numbers to make any significant win. When five symbols appear adjacent to each other, they will explode and leave room for new winning combinations. The process may continue until no more winning characters pop up.

When the coal symbol appears next to a winning symbol, it immediately turns into a diamond. Every time this happens, the player gets coin prizes. The prize can be up to 1,000 times your bet and depend on the diamond that appears on the reels.

Another feature is the free spin which activates when Giovanni scatters pop on the reels. Depending on how many scatters appear on the reel, a player can get 5, 9, 11, 13, 15, and up to 50 free spins. However, you can’t re-trigger the feature. The other feature is the Double Up game which happens after every winning spin. Here, a player has to get the color of the hidden card for the game to double winnings.

Giovanni’s Gems is not only famous for its lack of pay lines or outstanding features but also because it is playable on the phone. iPhone users, Android, iPad, Windows, other tablets, Mac, and desktop users can enjoy the Giovanni’s Gems video slot game. What’s more, you don’t have to download the game. Instead, you only need to load it on your browser, and you’re set to play.