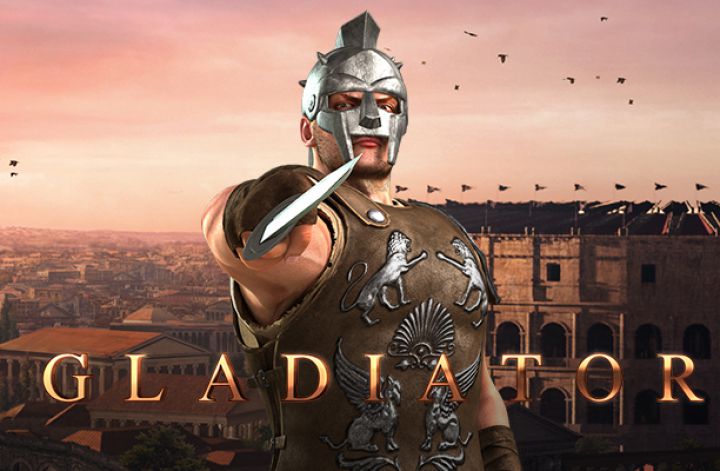 Gladiator is a video slot game from BetSoft Gaming. The slot features 3D Flash graphics that take you to the old golden and glorious roman days.

The 5×3 reels with 30 paylines feature symbols such as the sword, golden coins, a tiger, a horse, shields, and gladiators. Interestingly, players can play gladiators for free to test the waters and for money when ready to make some money.

How to Play Gladiator

Playing the Gladiator battle starts with adjusting several things, including the wager. On the Select Lines button, a player should enable the number of pay lines they want to include. The Bet per Line button allows the player to add or minus the number of coins to wager. The spin button jumpstarts the battle by allowing multiple symbols to fall on the reels. A player can also choose to use the autoplay button to let the reels turn the specified rounds.

When five Coliseums appears on the reel, you get 750 coins and 300 coins for four Coliseums. Gladiator is the second high paying symbol that award players with 400 coins when five appear on a line and 160 coins when four align.

The Gladiator video slot comes with several features beneficial to the player. First, if you spin the gladiator Maximus any position on the third reel, the game activates the wild reel feature. A pillar of marble will then pop to occupy the entire third reel turning all the other symbols except the Coliseum and the door into wild. And with any wild, you get wild winnings.

When the icon of the Princess pop on the first position on the second, third, and fourth reel, it will activate the Wild x2 feature. The princess will drop rose petals whereby any symbol touched by the petals will change into Wild x2. Any winning combination that includes the wild symbol is then doubled.

Another feature you’ll find helpful is the Bonus Feature that activates when three or more door icons pop on an active pay line. You have to click one of the click me a logo to find the prize underneath. This will happen until the collect button appears on the screen. You should click it to receive your winnings.

Prepare for Battle is another exciting bonus. You have to pick one gladiator between the hero and villain. The games then take you to an arena where the two gladiators have to fight. It is automatic- yours is to watch and get entertained as you hope that the gladiator you choose wins. If he does, you get rewarded with prizes.

Lastly, is the scatter icon, Coliseum. When it appears on any pay line, you get a prize.

Gladiator video slot from BetSoft is a mobile, desktop, and PC friendly game. This means that players can use iPhone, iPad, Mac, and Windows, desktop, and Android platforms to find and play the game. The good thing is, you don’t even have to fill your phone or laptop space with a Gladiator download. Instead, you can use browsers thanks to the flash technology used to develop the game.