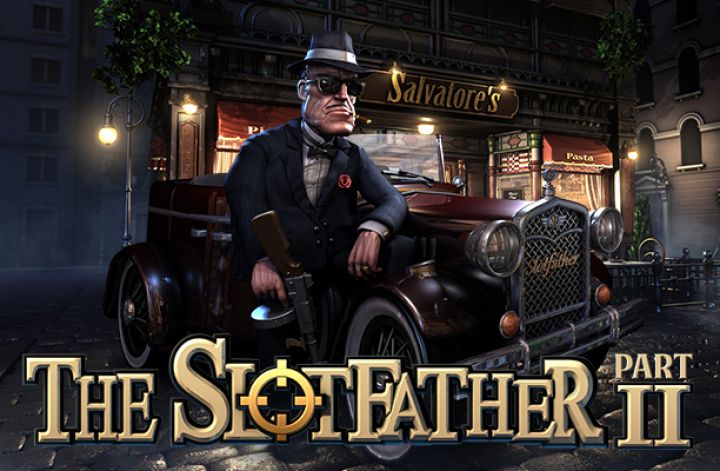 The Slotfather Part II stands out from most slot games simply because it has a massive 243 different paylines. Created by Betsoft, it runs with a gangster type theme, and it’s no surprise to find out that ‘The Godfather’ movies have been instrumental in its development.

Overview of The Slotfather Part II

If you ever played the first version of ‘The Slotfather’ then you may recognize some of the characters that pop up in this version. Based on 5 reels and, as we said, 243 paylines, this game is jam-packed with potential winnings and options for players. However, one difference from the first version is this switch to 243 ways to win as opposed to the previous 30 paylines approach.

How to Play The Slotfather Part II

Playing this game is as straightforward as you would expect from Betsoft. Yes, it may include a huge number of options, but they try their best to lay things out as easily as possible. If you have played slot games before then you should be familiar with the layout. Choose the size of your bet level, the coin, and then hit spin. Oh, and the jazz music will help add to the tension as you wait to see if your spin was successful.

With so many paylines, it’s no surprise that this game also comes with several bonus options. Keep an eye out for wild symbols that replace existing symbols to boost your chances of winning. Also, the truck symbol acts as a scatter option and if you get two of them or more, then your chances of increasing your winnings will rocket. At the same time, this will also provide you with some free spins.

The Slotfather Part II also has its Gangster Bonus which is as cool as the name makes it sound. Land the gang members: Fat Tony, Frankie, and Snake Eyes Sammy and you can open up various bonuses including free spins, respins, and the very real potential of boosting winnings as a result.

But then, get 3 or more gang members and you stand to land protection money as a bonus. Exactly what your bonus is will depend on the character.

Betting and Payouts for The Slotfather Part II

The Slotfather Part II provides the option to win big with it only costing you some 25 credits per spin. However, land the godfather symbol and he himself is worth 300 coins. For smaller prizes, look out for symbols such as the Leaning Tower of Pisa, a meat cleaver, poker hand, cigar, and, of course, a pile of cash. However, with so many prizes available on this game, it’s pretty difficult to offer a summary.

Other cool payouts to look out for include 2,3,4, or 5 trucks across the reels. With them, you will get free credits and the figure goes up the more trucks you have.

Even if you never played the first version, there’s no doubt that The Slotfather Part II is worth checking out. This mafia themed game may confuse you with the paylines, but the fact it has an easy to use interface and regular payouts should be enough to tempt you into giving it a shot.