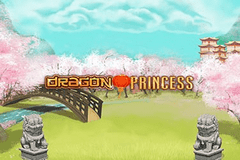 Contrary to how most martial arts-themed slot games revolve around a male warrior, Dragon Princess takes a slightly different approach. The game’s main character is Dragon Princess, an accomplished female warrior, all dressed in traditional Japanese attire. The game features a relaxing setting, with a background consisting of pink flowers and colorful trees.

In addition, Dragon Princess also features a control panel that has been strategically placed at the bottom as well as easy navigation. Upon playing the game, the background layout will change to blue, making it easy to identify symbols when they pop up. The five-reel – three rows quest leads to players accumulating wins as they navigate the Asian themed slot.

How to Play Dragon Princess

Once the reel is spun, players will get to see several different icons such as Pearls and Dragon Princess aligning to the theme of the game. Other symbols to watch out for include the poker card icon that are frequently appearing on the screen. Although these symbols appear the most, they have the smallest gains on the paytable.

Dragon Princess has 13 symbols, with the main symbols being the Wild Dragon, the Temple symbol, and the princess. Other symbols in this slot game include the panda, the antique red lantern, the ancient blue handheld fan, and the wood cartridge located in the middle of the bridge. The gorgeous princess, panda, and the wood carousel symbols all amount to big wins, while the blue handheld fan, Chinese lantern, fall shortly under. Other symbols in Dragon Princess are the card symbols which also happen to be the lowest paying symbols and they include King, Queen, Ace, Jack, 9, and 10.

Besides the usual win where three or more identical icons appear in a line on an active win stripe, Dragon Princess also has several bonuses. The first bonus feature and the most desirable is the Dragon Free Spins triggered during the Pearl Pick round. The prize is awarded randomly after a player spins the wheel. The other bonus is where the scatter icons randomly turn wild, allowing players to win bigger.

Like most RTG titles, Dragon Princess features a progressive jackpot. The winning is random, which means players don’t have to have specific skills to win. Instead, any player is eligible for the jackpot after every successful spin. The plenty the sessions, the higher the chances are for landing the jackpot.

Betting and Payouts for Dragon Princess

One thing that has remained consistent in almost all RTG titles is the gameplay. When a player selects the Dragon Princess, they must choose their desired collection of bet lines from the available 25 bet-lines. The slot game allows a minimum bet of 0.25 and a max of 125 coins with each spin. With such a broad range of betting amounts, the Dragon Princess slot comes out as the perfect choice for both low and high bettors.

Dragon Princess should load and play effortlessly on a phone, PC, blackberry, iPhone, desktop, or Mac. RTG is known to design slot games compatible with all devices, and so players shouldn’t have a problem choosing a device from which they can play the slot.