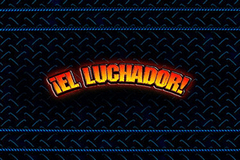 Launched on September 11, 2015, El Luchador is a highly engaging slot game that’s based on the Mexican style of wrestling, Lucha Libre. It features an upcoming wrestler whose goal is to become the next Mexican Luchador. The game is centered around a farmer in Mexico who is short and only 80 pounds and wants to become Mexico’s champion.

In El Luchador, the wrestling will mostly take place in a village but occasionally move to a wrestling arena once a player lands a bonus. The slot also features low paying symbols, including the tequila, cactus, chili pepper, bell, and taco. The bonus features are incredible, while the graphics are smooth but somewhat creepy.

How to Play El Luchador

El Luchador has three rows of symbols, covering 20 paying lines. If there is a line of matching symbols from left to right, a player gets the corresponding payout depending on the number of symbols on the line. To place a bet, players have to update the wager amount between $0.02 and $60. Players can also play the game manually or press the autoplay button and stand back to watch as symbols align and winning accumulates.

Unfortunately, the slot lacks the max bet and gamble option buttons. Also, players can’t change the gamble amount once the reel starts running. Instead, a player has to enter the correct amount they wish to stake before every spin.

The symbols available on El Luchador include card identities such as J, Q, A, K, 10 and 9. three of each of these symbols must appear adjacently on a payline for a play to win a bet. other symbols include a rabbit wrestler, a blue wrestler and yellow masked wrestler, and butch who act as high paying symbols of the game. butch takes the role of wild, where five of them pay 1000 coins. lucha libre is a scatter symbol that starts paying when three, four r five appear on the grid.

One of the major bonuses in El Luchador is the rumble in the ring. Here, players help Gustavo in fighting other wrestlers in four free spin rounds. This boosts the winning and gives players a shot at taking the golden belt from De La Muerte. Players spin the reels, and when they land matching wrestling symbols, they damage the opponent also known as the Luchadore. When a player defeats Luchadores, they get another round where they play against a different opponent.

Players need 3 Free Spins symbols to trigger the rumble in the ring challenge. These symbols can land anywhere on the 1st, 3rd, or the 5th reel. Getting the free spins mode gives players 81 paylines that can be paid either from left to right or right to left. The free mode lasts until Gustavo is defeated.

The other bonus is Las Mascaras, with three tiers of rewards. Players need to pick any mask or doll to win an instant cash prize or other rewards. To trigger this bonus, players have to get three or more Bonus Symbols on any reel.

Players can play the El Luchador on their smartphones or desktop. The slot video game is compatible with iPhone, android phones, Macbooks, tablets and iPads. However, when via their browsers, players will have to enable the Flash Player on Chrome or Safari browser to play the El Luchador.