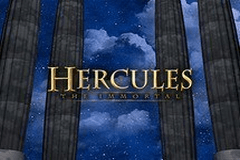 Overview of Hercules the Immortal

In addition, the slot games come with a progressive jackpot and other distinct features that contribute to better wins. The son of Zeus is the game’s main character. With a deep delve into Greek and Roman mythology, this online slot provides relaxed and adventurous gameplay.

How to Play Hercules the Immortal

A player needs to find the game on an online casino, load it, and press the play button to play. The stake amount must be updated and should be a minimum of 0.25 and a maximum of 125, accommodating both low and high rollers.

Once the spin button is clicked, the reels fill with mythological characters related to Hercules, the warrior. A golden hand is one of the symbols players will come across. It is also the wild and replaces other icons except for the scatter. When it substitutes the symbols, they form winning combinations.

Hercules the Immortal features card symbols, including K, Q, J, A, 10, and 9 which are also the least paying icons. The other icons and the highest paying include the Hercules, castle hydra, three-headed hound, and golden hand symbols. The symbols pay from left to right and are payable when three icons fall adjacent to each other.

The Hercules icon acts as the scatter symbol and appears anywhere on the grid to reward a player with free spins, mini-games, and other bonus features.

Bonus Features for Hercules the Immortal

When three or more scatter symbols appear on the reel, they trigger ten free rounds. With each spin, several features appear to make the winning even better. one of the bonus features is the wild burst that appears anywhere on the grid and replaces all the other present symbols to create bigger winnings.

Players will also come across wild expansion which appears when the wild symbols dominate a whole reel. When it happens, a player’s bet is entered to a 2x multiplier. Another icon feature is the metamorpha wild which is not so different from the previous two. metamorpha wild symbols is a feature that appears every 15 seconds as long as wild icons are on the grid.

A progressive jackpot of up to 4,000 coins can be won when playing Hercules the Immortal for money. With every spin, a player stands a chance to win the jackpot when they bet from 1c to $5. But, the bigger the bet amount is, the higher the chances of triggering the jackpot.

Compatibility for Hercules the Immortal

Hercules the Immortal runs effortlessly on all internet devices and platforms. The slot is adaptable to smart devices, including Mac, iPhones, Windows, and other devices one might have.