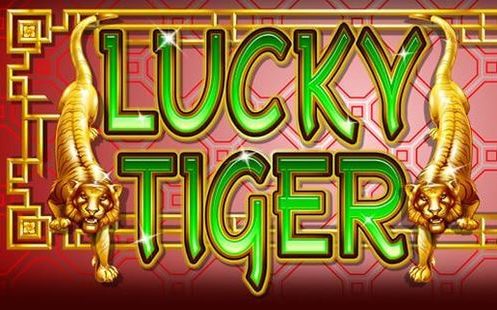 Lucky Tiger is a slot game developed by RTG which is going to take us away to China for yet another adventure. The idea is that you will be able to pull on the luck associated with the tiger, while also incorporating other symbols linked to luck from the Far East.

This game comes with 5 reels and offers you a total of 88 paylines, which is seriously impressive. The reels are set against red leaves on trees, and it also includes snippets of what you can presume to be a Chinese countryside landscape. The symbols that are included in this game cover letters on Chinese lanterns, gongs, fish, tigers, fans, and junk boats along with several others.

How to Play Lucky Tiger

Before hitting the spin button, you need to carry out a few steps. First, you need to select your coin size, and this is done by hitting the up or down arrow. Next, choose the number of paylines you want to bring into the game by also hitting the relevant arrow buttons. Do remember that this changes the overall size of your bet, so it’s best to keep an eye on that figure to avoid being hit with a surprise.

This slot does have several bonus games, and the first one is the Golden Tiger as the wild symbol. This appears on reels 1 or 5, and it’s going to swap out other symbols for itself to increase the chances of you landing some winning lines.

The gong acts as the scatter, and you need to land at least 3 of them to then open up other bonus features. Here, you will then have the special ‘Pick’ feature where you have 3 options – the lucky tiger, the gong, or the fortune option.

If you get the lucky tiger, then you will win 8 free games. All wins are multiplied by 3x while additional scatter symbols then give you more free spins ranging from 1 up to 25.

If you get the gong feature, then you will win between 8 and 18 free spins. With this, it can also result in the gong becoming a special wild that boosts those winning paylines. Also, this can be re-triggered with 6 additional spins added.

Finally, with the fortune version, you get 8 free spins, but the multiplier increases in line with the number of the spin. So, you get 1x with the first game, leading up to 8x on the final spin.

Betting and Payouts for Lucky Tiger

First of all, this game has an RTP in the region of 95%, which is slightly lower than normal. Also, the bet sizes can range from $0.88 up to $88, so you can see how they are keeping this number 8 at the forefront of the entire game. For the payouts, the game has a progressive jackpot that’s going to vary in size, while you need to remember those multipliers during the bonus games, as they can boost your potential returns.

Overall, Lucky Tiger is a standard slot game with a relatively common Oriental theme. In saying that, the way in which they have maintained the number 8 in the game is a nice feature, and the extra bonus options connected to the scatter symbol is something that you don’t see all that often.