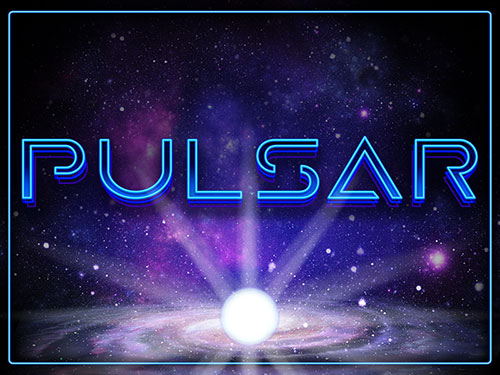 Pulsar is a slot game developed by RTG that’s going to take you on a galactic adventure, and that’s quite cool in our eyes. This low variance slot game was fresh out in 2020, and it contains slick graphics, but what about the actual gameplay?

This sci-fi themed game has 5 reels and offers 20 different paylines. It comes with various bonus features, more of that later, while the reels are set against a space setting.

When it comes to the symbols that are in play, well they are certainly keeping to the theme. In this instance, look out for the likes of the sun and various planets to help keep you entertained. Overall, while this game is certainly galactic in style, it’s not some kind of futuristic theme.

How to Play Pulsar

Playing this game is going to be easy for anybody with previous experience of playing online slots. In fact, it’s even easier than you might expect. The main thing you need to do is to just select the size of your bet by clicking through the options in the bottom left corner of the screen. After that, you are ready to hit the spin button to see what happens with the reels.

One of the first things to note is that this game doesn’t have any wilds or scatters, and that comes as a bit of a surprise. However, there is one bonus feature that is different from the normal slot game, and that’s a game called the neutron stars.

With the neutron stars, it comes with cascading wins. This game consists of green, blue, pink, and red symbols. Each symbol contains a number inside. These special stars will pop up anywhere across the reels. As they appear on the reels, the number inside drops by one. As you keep on playing, and as the number goes down, it eventually hits zero and the star explodes. At that point, the number is exchanged for a symbol completely chosen at random.

But here’s the thing. Each color affects symbols around it in different ways. While it doesn’t then come with a multiplier, it can bolster your chances of landing some wins. However, we understand it doesn’t sound like much of a bonus game, but at least it’s different to the norm.

Betting and Payouts for Pulsar

The bet range with this game is impressive. The lowest bet available is set at $0.20 per spin while the maximum is $100. The game itself has low volatility and an RTP of around 96.4%, and that is slightly higher than the average. The jackpot is going to be set at 150x your initial stake, so there’s a real chance of winning some impressive cash if you are playing with the maximum bet.

In general, Pulsar is at least a different slot game from the norm with its layout and the bonus feature. Yes, it might not appeal to everyone, but RTG has tried to freshen up slot games, and it does at least work in its approach.