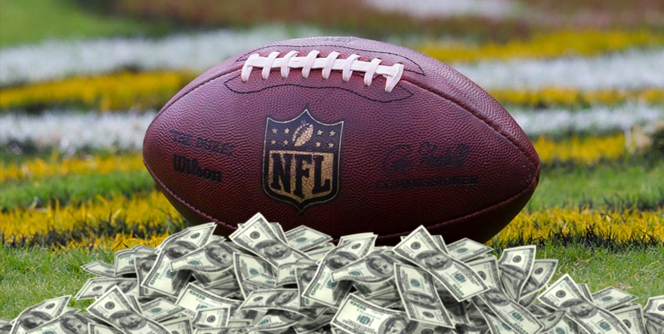 Sports betting is a big industry in the state of New Jersey. Casinos in Atlantic City as well as racinos in other areas are pulling in big bucks from players wagers on professional sports games. The money generated from the new industry has quickly benefited the tax coffers of the state but no funds go directly to Atlantic City. Mayor Marty Small Sr. wants to change that. The mayor wants to see the region earn a cut from the lucrative new market.

In just over a year, the sportsbooks in the state have taken over $3 billion in legal sports wagers. This generated just over $284 million in gaming revenues and over $36 million in taxes. Casino operators, host municipalities of the sports books at two upstate racetracks and Trenton earn a financial benefit from the industry, the gambling town of Atlantic City does not.

During a recent Atlantic City Taxpayer’s Association meeting, Mayor Small Sr. stated that in 14 months, the state has overtaken Las Vegas as the number one sports betting destination and much of that has to do with the success of online gambling and Atlantic City. However, the region does not see a penny and the mayor feels this is unacceptable.

The mayor wants to see Atlantic City earn an additional sports betting tax. That money would then be used for property tax relief. The goal of the mayor is to provide more rateables for the city and more revenue streams that will offset taxes.

Assemblyman John Armato is on board with Atlantic City earning a cut, stating that money generated in the region needs to stay there. Additional support has been garnered from other lawmakers including Aassemblyman Vince Mazzeo.

For a change to come about, there would have to be legislation drafted and proposed. More lawmakers would need to be on board and provide approval for the bill to become law. Right now, options are being discussed as to what can be done to bring a portion of the sports betting tax money to Atlantic City.

Atlantic City is home to eight sports betting facilities but does not receive a cut of tax revenues despite being a host city. Meadowlands and Monmouth Park racetrack host areas, East Rutherford, Bergen County, Oceanport and Monmouth County earn direct tax revenue from the industry.

When the sports betting bill passed in 2018 with regulations and taxes on the industry in the state, lawmakers proposed a second bill known as A4230. This bill imposed another tax on gross sports betting revenue and moved through the Senate and General Assembly. The bill was then signed into law by Governor Phil Murphy.

The bill dictates that another 1.25% in taxes will be taken from sports betting via casinos in Atlantic City to go towards the Casino Reinvestment Development Authority. Funds are to be used for promotion and marketing.

In northern New Jersey, the host areas of the racetracks offering sports betting earn .75% within the municipality and .5% for the county. This money can be used for economic development which can include transportation and infrastructure, public safety, tourism and other areas.

It will be interesting to see if any movement will be made to introduce legislation that would allow Atlantic City to earn a portion of sports betting revenues. Business is truly booming and any percentage would bring about a great deal of extra funds for the state.