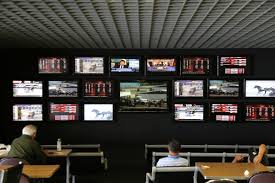 Is There Anything We Won’t Bet On?

With the upcoming regulatory changes around sports betting in the United States, there have been questions as to what types of “niche” bets will be allowed. IN other more established jurisdictions like the United Kingdom, gamblers have been able to bet on the outcome of political events, Royal Family news and a myriad of other options over the years. A whole sub-culture of gambling exists in the U.S., and the thing we are all wondering is: Is there anything we WON’T bet on?

Prop Betting in all its glory

Many of you know what prop bets are, but for the uninitiated, here is a quick overview. Prop bets are bets placed on a particular event, not the outcome of a sports match or game. For example, a prop bet could be betting on how many points Lebron James scores in a game. This bet does not factor in whether or not his team wins the game, focusing only on the individual event.

Prop betting gets the majority of its press in the U.S. during the Superbowl. The NFL Championship is one of the most watched sporting events in the country, and typically involves a significant number of novice gamblers. Many viewing parties include playing in a pool where you answer questions like “Who will score first” and “How long will the National Anthem be?” – these are all prop bets. IN fact, for the most recent Superbowl, William Hill listed over 950 different props for the game alone!

The next step -betting on non-sports events

As we mentioned, in the UK (and at many offshore sportsbooks servicing the U.S.), there have been a series of Special betting events available to wagering. There are tons of things you could bet on if you wanted – here are a couple that is gaining in popularity.

The Brits really lead the way on this one, having placed bets on the outcomes of elections in that country for centuries. These days, in the wake of the Brexit vote, there seem to be more betting options of the political future of the UK than ever before. The U.S. is clearly going through its own political turmoil these days, and the gambling world has taken notice. Imagine if you had placed a wager on Donald Trump becoming President of the United States when he announced he was running? You’d have made off like a bandit. Well, today you can make bets (if you can find lines) on whether or not he will be impeached when that might happen, and his odds of being re-elected (don’t laugh….it could very well happen!). All of these bets are attracting more and more interest, but why? Well, this is another sign that we will bet on anything if it is presented to us.

This category is a head scratcher for sure. As you are no doubt aware, reality TV is everywhere, and we seem to have fallen in love with the reality game show. However, what you may not realize is that you can almost always find a site that will take action on the outcomes of these events. Now, certain events like The Bachelor are broadcast well after the final scene is filmed, which means that someone may know the outcome of the contest before it is ever on television. This has caused some concern of fraudulent behavior, the first example of which dates back all the way to the early 2000s. Back then, an offshore sportsbook started receiving a large number of bets on the outcome of Wrestlemania (yes, that one). Well, without spoiling it for many of you (skip to the next sentence), these matches are scripted, and the outcome is decided well before the combatants take to the ring. A group of bettors near the WWE Head Office was doing the betting, clearly in possession of the results.

The sports betting world protect itself from fraud or being taken advantage of by putting small limits on how much can be bet on an event from the entertainment world.

It was recently announced that poker player Antonio Esfandiari and comedian Kevin Hart would be boxing against one another in early 2019. This event will no doubt draw a decent viewing audience, but the question remains will anyone be able to bet legally on it? This is the new world in which we live – people putting up money to bet against one another or make a “You can’t do this” type of prop bet. There is even a movie being made about it starring many of the poker world’s elite.

This is the next step in the evolution of gambling, and we wonder if sportsbooks will pick up on this. With the social media reach of people like Hart, gambling sites have the potential of getting their brand in front of a whole set of new potential gamblers. Offshore sportsbooks have been known to allow players to set up their own props and help in putting up a line, after which the general public can place their bets. We assume that regulated sites will do the same, as peer to peer betting is going to be a big part of the future of gambling in general.

So, is there a line in the sand?

We don’t see there being anything that we won’t want to have a wager on, and if the UK is any indicator, we should expect to see loads of betting options on the weight of famous babies and the first-week streaming numbers of the latest Drake release. Here is what we know for sure: there is a lot of gambling that has been going on behind closed doors in the U.S., and all that is left to determine is how much of it will see the light in a newly regulated gambling environment.

We think it’s going to be big business. Wanna bet on how big?