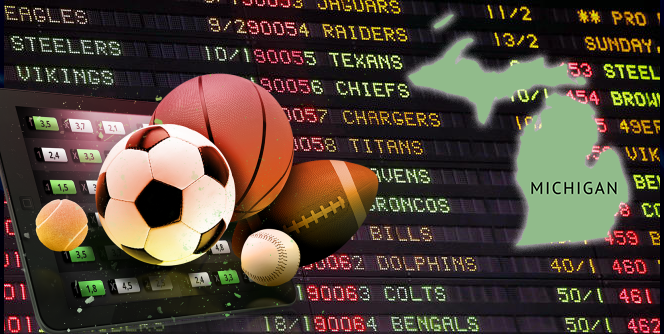 The struggle to legalize online gambling and sports betting has been ongoing for many months, but there might be an end in sight. State Senator Curtis Hertel Jr. spoke with Legal Sports Report, detailing that negotiations between Governor Gretchen Whitmer and stakeholders are taking place and bills for both sports betting and online ambling are almost finished up. The senator expects the bills to reach the governor and be signed by Christmas.

According to Hertel, substitutes for the bills have been largely agreed upon by stakeholders and his understanding is that the bills will be voted out of committee next week. This would see the bills move on to the full Senate floor.

For some time now, changes have been taking place to ensure that everyone, from the governor to stakeholders, are on the same page. Back in October, the House passed a package of bills to legalize both options, that included a whopping 10 bills. Representative Rebekah Warren stated at the time that as the bills stood, they would be vetoed by the Governor.

Governor Whitmer took issue with the tax rate set for both industries. She was afraid that the public school system and the state would not see enough revenues with the gambling expansion. There was also fear that the online lottery ticket sales would be affected which would decrease revenues.

All year, Representative Brandt Iden had reportedly tried to meet with Whitmer to discuss her concerns, but she refused. Iden has been down this road before, having seen legislation approved in 2018 only to be shot down at the end of the year by the former governor.

To ensure that the bills can move forward, Iden tried hard to make the bills acceptable to the governor, even though she would not speak to him about what changes should be made. The sports betting tax rate has now been increased to 8.75% for tribal casinos and 12% for the casinos in Detroit. For online gaming, the tax rate is going to be tiered, with the top end reaching 26.25%.

Once the bills moved into the Senate, Senator Hertel was able to get the governor to begin discussions regarding the gambling expansion. Iden is a republican and with the governor being a democrat, they must not be able to see eye to eye enough to have a discussion. Though Iden has been open and honest about wanting to speak to the governor regarding the legislation.

With Hertel’s help, negotiations began between Governor Whitmer and stakeholders. Reportedly, the senator was able to get the governor to back down from her demands which included a sports betting tax rate of 18.25% plus an online gambling tax of over 43% for commercial casinos, without allowing slot gaming.

The governor’s high rates would have kept operators from wanting to do business in the state. The tax rates she proposed are very high, especially the iGaming option. Other states that offer online gaming do so at much lower rates.

Now that changes were made to the legislation in the Senate, the bills will return to the House for consideration. If agreed upon, the bills will then move on to the governor’s desk. It really seems like that this time, the state of Michigan is approaching the finish line to finally approving online gambling and sports betting.