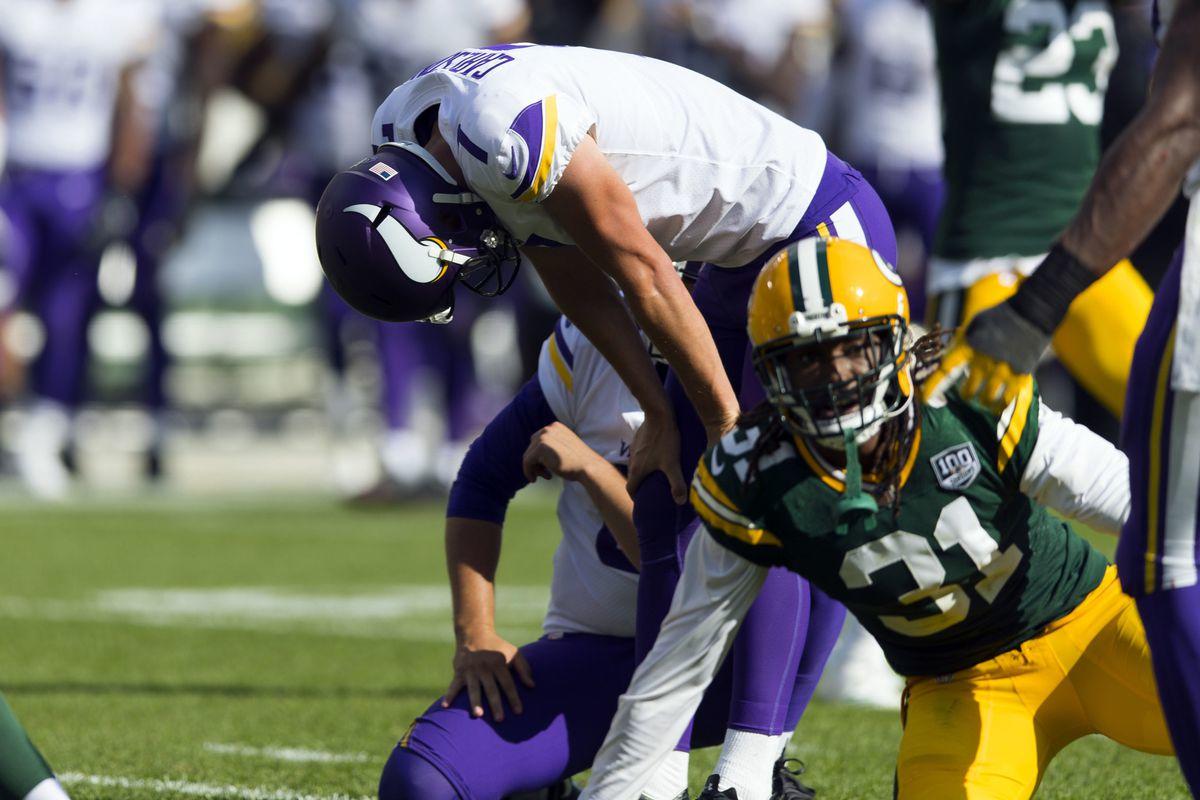 Let’s face it – sports betting is difficult. Picking winners is getting tougher each year, especially as sportsbooks and their players become savvier and have access to more information than ever before. However, sometimes no matter how much research you do can’t prepare you for what happens on the field – that is, after all, where the game is played.

Any play can have an effect on the outcome of a game and in turn the betting activity on that game, but more often than not, it comes down to the kicker and what they do that determines if we walk away a winner or loser.

Already a tough couple of weeks

Being a kicker is not an easy job. There is an immeasurable amount of pressure on these players to kick a football straight enough from 30-55 yards to score points. However, the kicker is not part of the rest of the game, being called on to come in without any real warmup aside from kicking into a net. Now, the majority of kicks go through the uprights, but sometimes, in more pressure-filled situations, those posts can feel barely wider than the ball itself.

The opening two weeks of the NFL season have wreaked havoc on bettors, with underdogs like Tampa Bay winning outright with their backup quarterback, but nothing could be worse than what happened on the Sunday of Week 2. No fewer than 12 teams missed a kick of some sort – here are the culprits:

This is an insane number of teams whose scores were affected by missed kicks. Two performances, in particular, stood out. Zane Gonzalez of the Cleveland Browns missed two extra points and two field goals, including one that could have sent their game against the favored Saints into overtime. NO such luck and the hapless Browns continue to look for their first win since December of 2016.

Over in Green Bay, the Minnesota Vikings stormed back to send the game to overtime after a fourth-quarter flurry, only to have their now former kicker Dan Carson miss, not one, but two field goal attempts in overtime. The end result was a tie, which has everyone in Minnesota clearly aggravated.

Bettors have to be losing their minds

Aside from the impact these missed kicks had on the scores of the games as well as the standings, sports gamblers were also affected by the chaos that took place on Sunday. Let’s start first with anyone who bet on there not being a tie this season. After losing that bet on week one, these players likely would have made the same bet on the remainder of the season, only to be ousted again by week 2! We are sure there are some gluttons for punishment who are doubling down again on that being the last tie.

Also, if you were someone who bet on the Browns or the Vikings, these missed kicks are the missed opportunity of the season. No one had any faith in the Browns winning over the Superbowl-contender Saints, but there they were, in the game until the final minute. You know it is going back for a kicker when the kicker of the other team has to come over to console you after the loss. We doubt the sportsbook is consoling Browns fans in the same way.

IN many cases, such as that of Stephen Gostowski of the Patriots, the missed kicks meant far less as the games were going to be lost regardless. However, ending a long drive with a missed kick can be tortuous so you can imagine what Pats fans are feeling today.

In general, you have to account for a missed kick here or there. 19 missed kicks though? No one could have predicted this was going to happen. It was one of the worst days for kickers across the league, but don’t just feel bad for them – you need to remember those who lost big money as a result of those follies.

Oh…yes, we know that many people also won money off the backs of those missed kicks. We don’t care – they have the cash in their pockets. It’s the troubled loser that deserves our attention. We can’t wait to see what kind of carnage comes as a result of this monumentally bad weekend for the kickers around the NFL.