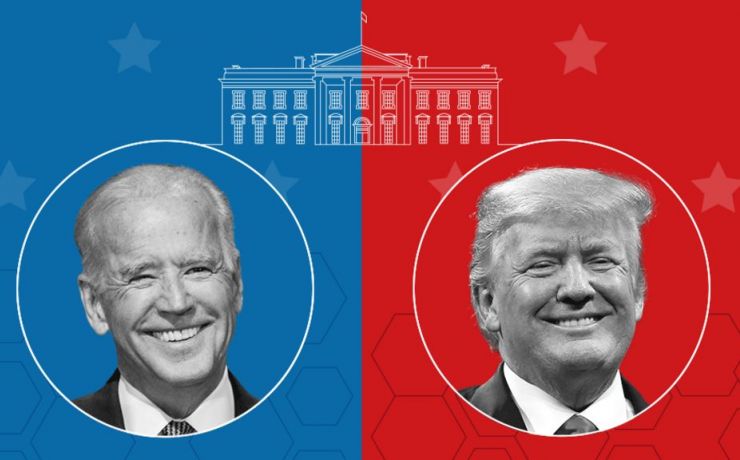 Odds to Win the 2020 Presidential Election

As election month approaches us, the 2020 presidential betting odds are changing almost every day. Dating back to the beginning of July in 2019, President Donald Trump was the favorite to win the election this November. Democratic Senator Kamala Harris enjoyed the second-best odds at that time. Harris’ solid performance in the first Democratic debate had decreased former vice president Joe Biden’s odds to win the 2020 election down to 6 to 1 at the time.

If one thing is certain, we know the 2020 election odds are much different now than they were in the last 12 months. Senator Elizabeth Warren, Mayor Pete Buttigieg, and Senator Bernie Sanders were all at one point the favorite to become the Democratic presidential nominee. However, now they have all endorsed Democratic presidential favorite Joe Biden.

While all the Democratic nominees competed against each other, President Trump endured as the favorite to win the 2020 presidential elections, with odds sitting at -200 at one point shortly after his impeachment trial ended. However, that was months ago. In addition to the presidential odds changing, many things in our country have changed. As the world keeps on wrestling with a COVID pandemic, Biden and Trump are the top choices to win the 2020 presidential election this November.

As of October 10th, here is how the presidential odds are shaping out:

Odds to Win the 2020 Presidential Election

Joe Biden’s national polling is in a good spot. According to Nate Silver, the former vice president is up more than 10 points. At the conservative leaning Rasmussen Reports, which was the most accurate poll back in 2016, Biden’s lead is up to 12 points, with two consecutive weeks over 50 percent. The same report has President Trump at -15 points, which is reported to be a three month low.

Concerning the economy, President Trump was wavering on whether he needs to work with House Democrats on a stimulus package, though he has recently said that no stimulus package will be negotiated. The stock exchange, Trump’s economic quality gauge, is up on the most recent news report, but we’re one tweet away from that pattern switching course.

The president’s doctor said Trump can revisit public engagement by the end of the week. On Fox News Thursday night, the president said he’d “likely make a campaign to stop somewhere if the campaign can organize things in short order.” Remember, reporters still can’t seem to find a reasonable solution on when President Trump last tested negative for COVID. The lack of clearness surrounding the President’s case of COVID has raised many concerns, as nobody is sure if Trump is still contagious.

This is additionally why the Biden party proposed a virtual debate one week from now. However, Trump declined and said he would not be participating in a debate of this format.

Why the Odds Matter for the Presidential Election

If one thing is for certain, it is that favored odds don’t necessarily mean it will happen. In 2016, the polls released by the media almost guaranteed Hillary Clinton was going to win the election. However, Donald Trump pulled off one of the biggest political upsets of all time. If you were to have bet Trump, you would have made significant profit. The President’s odds were close to 5 to 1 the day before the election.

How to Bet on the Presidential Election

Regarding a Presidential Election, the most popular vote is known as a “prop” bet. If you were to believe President Trump, Joe Biden, or a dark horse candidate will win the election, you would submit a prop bet. A prop bet looks something like this: “Who will win the 2020 election, Donald Trump or Joe Biden?” or “Who will Joe Biden select as his vice presidential candidate?”

What the Odds Mean, for Beginners

As you know, these are the current odds for the 2020 Presidential Election:

With the 2020 Presidential Election upon us, it is important to learn the odds each candidate has to win. If the odds were to be correct, Joe Biden would take over as President of the United States. However, these odds are not final, they will most likely change almost daily from now until the election happens. It is important to look at how the odds change in the next month to notice any trends to take advantage of.