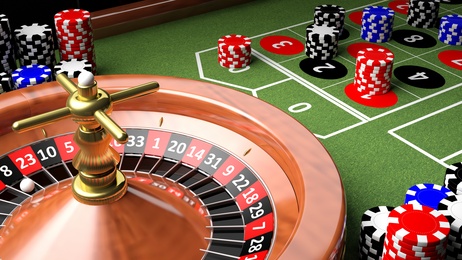 After a High Point

The 2017/18 fiscal year in Pennsylvania was a great time for table games in the state. Revenues for table games peaked at just over $895 million. This amount was an increase from the year before by just under $30 million.

For this last fiscal year, the state did not set any records involving craps, baccarat, blackjack or roulette. The table game results for the year were varied with properties showing increases as well as decreases in earnings. For some, the drops were major.

Take Lady luck Nemacolin for example. The casino saw the largest decline via table games with a drop of over 30%. A big hit was seen in June, with the casino dropping over 87% when compared to the same month in 2018.

Several other casinos dropped as well when comparing yearly table game earnings. The Mohegan Sun Pocono came in second by way of revenue decreases, with a 19.22% loss. Next up was The Meadows Casino, with a loss of 10.55%. Rounding out the losses for the year were the Mount Airy Casino Resort at 9.23% and the Harrah’s Philadelphia Casino dropping 8.27%.

While there were significant decreases for the state’s table game operations, some casinos saw an increase in overall earnings. The highest decrease was seen by the Rivers Casino, a venue that jumped 9.31%. Next in line was the SugarHouse Casino, up by 6.24%. Following close behind is the Presque Isle Downs and Casino, with 5.71% in earnings.

Three casinos saw lower increase percentages for the year regarding table games. These venues include Parx Casino and Hollywood Casino, both up 2.4% while the Valley Forge Casino Resort saw an increase of 1.19%.

Since launching in 2006, the slot industry of the state has produced an amazing $27 billion in revenues. This amount has provided just over $14 billion in taxes for Pennsylvania. Over the next fiscal year, it would be interesting to see if slots continue to be the big revenue producer or if table games can make a resurgence and be back on top in the future.

Three operators have already launched their online gaming sites, and more are expected in the future. It will be interesting to see how the online industry affects the gaming revenues for the state. It would not be surprising to find the new industry gives a huge boost to slot and table game earnings in the millions.