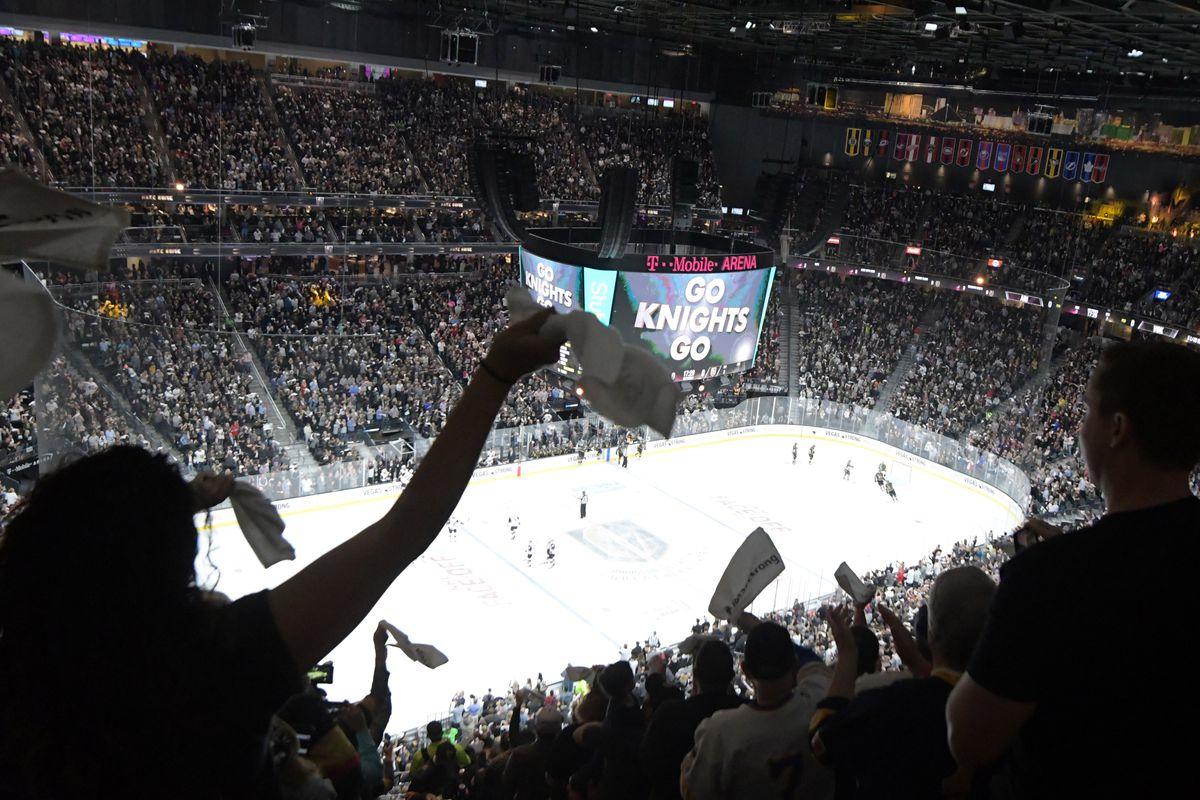 There has been a lot of talk about how sports betting operations would find their way into sponsoring the teams in the big four professional leagues in the United States, and now we have a glimpse into how it could work. This week, the Vegas Golden Knights of the NHL entered into a sponsorship agreement with the William Hill Sportsbook. This is an historic deal on many fronts, so let’s break the deal down a bit here.

The first major US sports team to have a sponsorship

While many believed it would be an NFL or NBA team to strike the first deal, the NHL team in Las Vegas actually makes the most sense on all fronts. William Hill operates the majority of the books in Nevada, and the hockey team in Vegas already sits in the gambling mecca, so it is a perfect relationship between the two entities.

The league could use the cash

Everyone is aware that NFL and NBA owners are billionaires for the most part. However, the NHL ownership group is very different. These are, for the most part, owners who love the game, and in many cases need the revenue sharing that comes from the more popular team just o turn a profit. Recently, the President of the New Jersey Devils, Hugh Weber, predicted that the team would see 5 million USD in sponsorship deals this year from various gambling entities. “We see sports betting as additive to the experience for our fans,” said Weber, “There’s a lot on the horizon.”

This is a great move by the Golden Knights and we think it will start a huge windfall of deals for teams in or near states that currently offer sports betting.

What the deal entails

The deal between William Hill and the Golden Knights was announced as a “landmark, multi-year deal”, the terms of the deal were not revealed. However, there were some details of the deal laid out in the release, including the following:

What about betting in the building?

Well, this seems to be where the deal stops. We don’t think it will be long before the stadium offers kiosk for betting, but that requires a different set of licensing than is currently available in the state of Nevada. It is likely that other states will write this into new sports betting legislation far before Nevada changes theirs. However, residents of Nevada and those who create an account at a casino will be able to access betting apps on their phones and make bets.

In-game live betting is a huge part of the plans of many of the sportsbooks that are now open in the U.S. These “fast-twitch” types of bets allow players to have action during the game and not just on the final score. The bottom line is that having gambling available in the building via kiosk is nice, but it is the mobile betting that will significantly impact the profitability of these sportsbooks.

The future of team sponsorships

There will be a fine line drawn between what is acceptable and unacceptable when it comes to these gambling sponsorships of professional sports teams. Leagues like the NFL that see a significant amount of betting volume will need to be very cautious when promoting gambling amongst its in-person clientele, while leagues like the NHL and some minor leagues will likely be more aggressive.

The leagues and teams want their piece of the gambling pie, as has been stated many times by Adam Silver, the commissioner of the NBA. However, while the leagues themselves are lobbying for a percentage of the handle as their cut, the teams could step in an reap the benefits of sponsorship dollars.

This is going to be a long process, with only a handful of teams being in or near the states with regulated sports betting. With many states planning to pass legislation in the coming year, there will no doubt be a line of gambling companies waiting to sponsor teams and to find creative ways to get their product into the hands of the fans from which they hope to attract lots of pre-game and in-game betting for years to come.