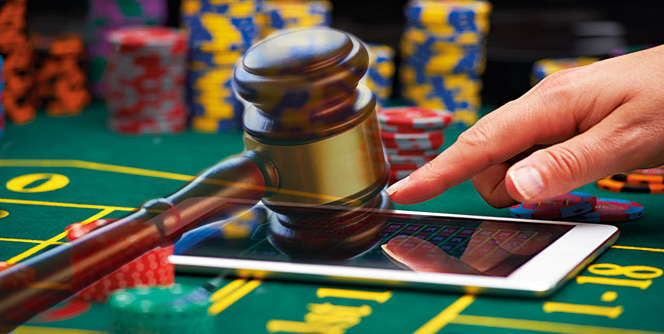 What Does Michigan Need to See iGaming Legalized?

Michigan has been so close to passing online gambling legislation and it is disheartening to see lawmakers like Representative Brandt Iden having to try again. The state had passed online gambling legislation through the House and Senate last year only to see their efforts wasted as the outgoing Governor decided to veto the measure. In 2019, the lawmaker has tried again but it seems the same issues are coming to the forefront.

According to the Representative, changes are needed to gain the support he needs from the administration to push legislation involving online gaming forward. According to a recent post at Online Poker Report, Iden stated that the new governor has a team of individuals working on the option and hopefully they can come to what he is calling ‘a landing spot’.

Iden has plans to raise the tax rate for online gambling and provide more of the proceeds to the School Aid Fund of the state. He is hoping this will be enough to see the legislation move forward.

A hearing recently took place within the House Ways and Means Committee which is chaired by Iden. During the meeting, Chief Deputy Treasurer Jeff Guilfoyle stated that online gaming could cost the state as much as $35.5 million or more due to casino cannibalization and the online lottery.

Iden does not agree with the treasurer’s statements. He feels that his fellow lawmakers need to look at New Jersey and how they are succeeding. The treasury admitted they did not consider New Jersey’s online gambling industry due to the fact that they feel the state is different from Michigan. Iden pointed out that the Michigan lottery admits they use their online presence to bring players to the land-based venues. The same act is being done in New Jersey with online gaming. Iden feels that the state can bring more people to casinos with an online gambling industry which will help to increase revenue overall for the state.

Currently, the proposed tax rate in the plan by Iden is set at 8%. An additional 1.25% will be going to Detroit casinos as a local share tax. 5% of that amount would go to the School Aid Fund, money that is used to provide assistance to Kindergarten to 12th grade education.

With land-based gaming, the casinos pay 8.1% for the School Aid Fund. An additional 10.9% goes to Detroit. Iden has plans to go over the tax rate and consider making changes. He wants to work with stakeholders as well as the treasury to come to a common ground as to how the rate should be raised. He also will be looking at ways to direct more funds from online gaming to the education fund.

If Iden can get enough support, we could eventually see Michigan pass online gambling legislation into law. The Representative has fought tirelessly to see his state join New Jersey, Nevada, Delaware and Pennsylvania in online gambling activities.

Iden seems to be on the right path, open to changes involving shareholders as well as lawmakers, including the governor, to come to an understanding as to what needs to be done to see the state get started in the industry.

In Michigan, the calendar has June 27th as the final day of the current legislative session. Hopefully, with the next month and a half, we will see great strides involving the gambling legislation and possibly a bill passage. Only time will tell what Iden will be able to do and how far the legislation will go.