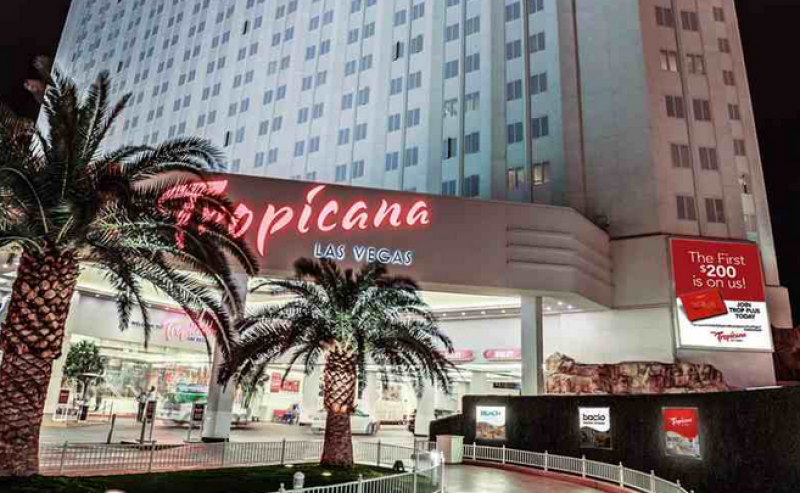 Will the Tropicana in Las Vegas Be Sold?

2020 has only just begun and already the gambling rumor mill is abuzz with the possible sale of a popular Las Vegas casino. Word on the street is that the Tropicana is going to be sold this year, as a consolidation effort from 2019 continues into the New Year.

Having opened in 1957, the Tropicana Las Vegas is one of the oldest venues located on the Las Vegas Strip. Back in 2015, the casino and hotel was purchased by Penn National Gaming, an operator based in Pennsylvania.

Reportedly in late 2019 during a third-quarter earnings call, Penn National stated that several offers had been made to purchase the property. The company was reportedly evaluating the unsolicited offers and discussing a potential sale of the Tropicana.

At the time, a sale was not imminent but Penn National seemed to be encouraged by the interest of others of the property. A report by Vital Vegas says that the company has now accepted an offer they received, and the sale will be taking place.

Reportedly, the property will be sold for around the $700 million range. This would be a huge profit for Penn National as they bought the casino for $360 million. If the sale takes place, it would be the first major deal in 2020 regarding a casino property changing ownership.

It seems a trend that started last year will be moving into 2020. In 2019, three deals involving properties in Las Vegas were announced. Big name operators and casinos made the news as properties were offloaded. MGM Resorts International was involved in two separate deals, one involving the Bellagio and the other regarding Circus Circus.

The company agreed to a $4.2 billion leaseback deal with The Blackstone Group regarding the Bellagio. The New York investor will be the owner of the property while MGM Resorts will lease it back. Treasure Island owner Phil Ruffin was also involved with MGM Resorts, obtaining Circus Circus for $825 million.

Caesars Entertainment was also in the mix, deciding to sell the Rio All-Suite Hotel & Casino. The brand announced a deal with Dreamscape Companies to sell the property for $516.3 million. The deal closed last year.

It seems odd to see the big-name resorts being purchased by companies that are seemingly not as well known. For MGM Resorts, the goal is to offload properties in order to raise capital to get involved in a project in Japan. The region will be open to gaming in the future and MGM really wants to be chosen for licensing.

With the sale of the Bellagio and Circus Circus, MGM now has more capital as well as less property, which should put them in prime positioning to at least be considered by officials in Japan.

It will be interesting to see which other casinos might be up for sale in 2020. The larger companies like MGM Resorts and Caesars seem to be more open to considering new options as the gaming industry continues to change.