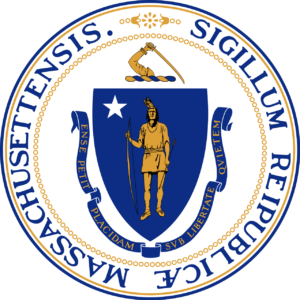 Complications arise from unclear laws that don’t designate online gaming or wagering as legal or illegal.

GETTING TO KNOW MASSACHUSETTS AND ITS GAMBLING HISTORY

Is any type of online gambling legal in Massachusetts?

Also known as the Commonwealth of Massachusetts, the New England state boasts of the Atlantic Ocean on its east coast. It then shares land borders with New Hampshire, Connecticut, Rhode Island, New York, and Vermont.

Massachusetts was one of the first states to legalize a state lottery in 1971, with bingo following only two years later. The state has also long permitted horse and dog racing, pari-mutuel betting, keno, and charitable gambling.

The state’s first foray into full casino gambling took form in 1988 when Congress passed the Indian Gaming Regulatory Act (IGRA). Not long after, the Mashpee and Aquinnah Wampanoag tribes tried to begin negotiations with the state to devise a gaming compact. However, some of the reservation lands upon which the casinos would be built are in dispute, and complications arose that continue to this day. There are still no tribal casinos in Massachusetts.

Even so, Massachusetts lawmakers passed the Expanded Gaming Act in 2011 to build three non-tribal casinos around the state, along with one establishment with only slot machines. The latter is open, while the others are near completion.

The laws of Massachusetts do not address online gambling as legal or illegal. There are numerous sections regarding cards and other games place illegally on various types of properties and the penalties for those crimes. Wagers and bets conducted via telephone is also illegal.

In the general laws section, however, Massachusetts is supposed to conduct annual research into gambling, including problem gambling, sociology and psychology of gambling behaviors, statewide and local impacts, revenues and costs in comparison, and prohibition versus legalization. It is written as:

“The development of annual research agenda in furtherance of understanding the social and economic effects of expanding gaming in the commonwealth.”

Per the above-referenced statute, Massachusetts is required to send all annual research information to the legislature to be considered for new laws or amendments to existing laws.

The most recent impact study was conducted by the Massachusetts Special Commission on Online Gaming, Fantasy Sports Gaming and Daily Fantasy Sports. The results were published in the summer of 2017 but only recommended legalizing daily fantasy sports (DFS) at that time, while urging conversations about the other types of internet gambling in the future. The ultimate plea to lawmakers was to find a balance between regulation and innovation and to develop a “robust framework” for new types of gaming.

Though Massachusetts legislators as well as the head of the Massachusetts Gaming Commission had been experimenting with online poker and gaming bills for several years, first trying for internet poker only in 2013. The overall consensus seemed to be that waiting for the casinos to be constructed and opened was the best move.

Even so, the Senate Minority Leader pushed for online gaming bills in the legislature every year, even in 2017 after the research group suggested otherwise. Those bills often stalled after public hearings when lawmakers and citizens alike became confused by scare tactics of those opposed to gambling expansion. However, everyone saw online gaming as highly successful in New Jersey, running smoothly in Delaware, and legalized in Pennsylvania in the last few years, leaving some Massachusetts lawmakers feeling left behind.

Even in early 2018, one of the state senators introduced a comprehensive bill for internet gambling which would legalize online poker and casino games and study sports betting that will be dependent upon the eventual 2018 decision by the US Supreme Court in the case brought by New Jersey to give states the right to make their own sports betting decisions. The bill hasn’t made much progress, but lawmakers may be waiting for the Supreme Court decision before going any further with any part of the bill.

DFS was legalized in 2017 and must be framed per the state attorney general’s regulations and requirements. This doesn’t seem to have much impact on legislators’ thoughts regarding other forms of gambling, though. Conceivably the state might move quickly on the sports betting front too. In January 2019, a number of sports betting legalization bills were introduced.

There are many sites that cater to players in Massachusetts.

The state of Massachusetts has spent much more time researching how to legalize and regulate online gambling than how to prosecute sites that currently offer those services. It seems very unlikely that law enforcement would take steps to try to prosecute or block those internet operators.

No. Even if Massachusetts decided to block certain sites or otherwise push them from the state market, there is virtually no chance the state would look to prosecute the individual players. Not only would it be timely and costly, it would be terrible public relations for the state.

Yes. The sites we list on this page are reliable with years of experience. They know to separate player funds in the case of a market shift or a decision to close the site. Sites of this caliber are known for paying their players via withdrawals or giving them the chance to transfer funds to another site.

Each of the sites we recommend offer different deposit and withdrawal options. Players can typically use debit/credit cards for deposits, and sometimes ewallets or bank transfers, but most players must withdraw via check by courier. New players are giving bitcoin a try on sites that accept cryptocurrency. It is proving the fastest and easiest method to use, as it is accepted for putting funds on a site and then withdrawing it via the same account. Check with your online operator of choice for more details.

Are there land-based casinos in Massachusetts?

Yes. Massachusetts has 8 casinos with more than 10,000 slots. Here’s a look at the top three in the state.